Chanukah celebrates the victory over the Yevonim who tried to make us forget Hashem’s Torah and take us away from the decrees of Hashem’s will. As elaborated last week, based on the Rebbe’s teachings, the Yevonim had no problem with the intellectual wisdom of Torah or the observance of mitzvos, as long as this observance was grounded in logic. What bothered them was the supra-rational Jewish belief that the Torah revolves around its G-dly essence and that the purpose of mitzvah observance is solely to fulfill G-d’s will.

You may ask: Why is it so important that mitzvos be done with that intention, without mixing in any logic or personal interests?


If we perceive that there is a vast gap between the intellectual realm and the physical realm, and also that even the highest number imaginable has no significance relative to infinity, then we must realize that there is an infinitely greater gap between us and the Creator. Even the most spiritual creation, on its own merit, deserves no attention or significance in the eyes of the Creator, who transcends both infinity as well as limitation.

How then is it possible for us to bring ourselves closer to G-d?

It is only through the Creator providing a way for us to do so.

If a person studies Torah and fulfills mitzvos out of a logical motive – even if they admit that although the benefit transcends human reason, reason itself dictates that there must be a benefit on some level – they cannot truly and sincerely come close to G-d Himself. Such service is, ultimately, due to a personal motive.

Serving G-d means doing something only because it is His will.

The Yevonim were opposed to this manner of serving G-d – the total subservience of a Jew to fulfill mitzvos at every moment and in every facet of our lives, wherever we may be and in whatever we do – not for any gain, physical or spiritual. They couldn’t wrap their heads around this total dedication to G-d.

But the Jews persevered with mesiras nefesh, self sacrifice, and didn’t give in. This was possible because they tapped into the essence of their neshamah, the pintele Yid, that is bound up with the essence of the Creator.

This theme, the shining of the soul’s essence, is expressed in the other famous aspect of Chanukah.

We know that the Yevonim went into the Beis HaMikdash and strove to make all the oil impure. Why did they suffice with that rather than crushing the jars and spilling the oil?

Chassidus explains that oil is unique in that it always remains apart from other liquids in that it has the ability to thoroughly permeate what it comes in contact with yet retains its essence. Oil serves as an analogy for the essence of a Jew’s soul, the yechidah, which transcends reason. The Yevonim didn’t mind the presence of oil (pure essence), but they wished to defile it by mixing in logic.

G-d, however, made a miracle, and not only did the Jews find a jug of oil that was still pure but it lasted eight days instead of one. What exactly happened? Did the quantity of the oil grow eight-fold or did its quality strengthen so that each drop was able to fuel the flame for a longer time?

Each of these possibilities is problematic: If the quantity grew, how could they use miraculous oil for the menorah? The menorah had to be lighted with oil from olives, not oil from miracles. If, on the other hand, only an eighth of the oil was consumed each night, then on the other nights they would not light with the full requisite amount of oil.

The Rebbe explains a third way of understanding the miracle:

G-d is not limited by anything. In the terminology of the Rashba, “Nimna Hanimna’os.” (The idea of something He can’t do doesn’t exist.)

When Moshe witnessed the burning bush, the bush was burning yet at the same time it wasn’t being consumed. Similarly, the oil served as fuel for the menorah’s flames, but it was not consumed the slightest bit. Combustion occurred, but it did diminish the quantity of oil. (Another example of this paradoxical phenomenon is the aron in the Kodesh HaKodoshim, which had a physical measurement but didn’t take up any space.)

To summarize: The Yevonim were opposed to the utter dedication of the Jewish soul’s essence to G-d. The Jews persevered and let this dedication shine. This led to the miracle of finding a jug of pure oil, representing the soul’s essence, and the revelation of G-d’s essence in making the oil burn but not be consumed. 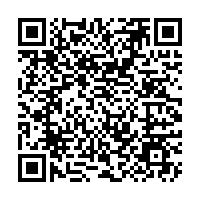