In this week’s parsha we begin to learn of the suffering Bnei Yisrael endured in Mitzrayim. We are also introduced to Moshe Rabbeinu, who for the rest of the Torah will be in every parsha except for one (Tetzaveh). The first thing the Torah tells us that Moshe did when he matured was that he went out to see his brothers and witnessed a Mitzri beating a Jew. The Torah tells us that Moshe killed the Mitzri, buried him the sand so it would remain hidden, and saved the Jew.

The next pasuk says that on a subsequent day Moshe went out and saw two Jews fighting (Dasan and Aviram) and Moshe called to the one who had raised his hand to hit the other, a “rasha.” To which they responded: who made you an officer over us? Do you intend on killing us as you killed the Mitzri? Rashi teaches that one of these two men was the individual that Moshe had saved. The other was his brother-in-law. They in fact went on to inform Pharaoh that Moshe murdered a Mitzri, and Pharaoh ordered Moshe killed. The execution failed, and Moshe ran away.


The following pasuk says that the matter became known. The simple explanation is that the matter of Moshe’s killing the Mitzri became known. However, Rashi cites the Midrash that explains that in fact Moshe who had witnessed the suffering of the Jewish people in Mitzrayim first hand was bothered by the obvious question: why did Hashem allow these people to suffer so much? What did they do that was so much worse than any other nation? However, now that he witnessed the episode with Dasan and Aviram, the suffering was justified in his eyes.

Why was the suffering justified? What was so terrible about what Dasan and Aviram did that explained this question to Moshe Rabbeinu?

To make the question a bit more potent, the Rambam in the beginning of Hilchos Avodah Zarah says that Klal Yisrael was on a very low madreiga in Mitzrayim. Practically everything that Avraham Avinu had taught them was almost entirely lost, and many began worshipping avodah zarah. Based on this, we can ask, why was it so hard to understand why Bnei Yisrael were deserving of punishment? They abandoned Hashem and began worshiping avoda zara? Perhaps that was why they were deserving the unbearable situation they found themselves in.

My Rebbe, Rav Shmuel Berenbaum, zt”l, said that Moshe Rabbeinu knew about the avoda zara and that Bnei Yisrael almost completely forgot about Hashem. However, he believed that nonetheless the suffering was not warranted. For if there was achdus among Klal Yisrael he knew that they would be protected. Alas, now that he had witnessed the lashon hara that Dasan and Aviram spoke when they went to inform the king about a fellow Yid – one who had saved his own life, mind you – he understood that there was no achdus. Now he understood why they were receiving punishment for their actions. When there is no unity then there is no protection against tzaros.

Similarly, we find this in the times of King Achav. While he was king, no soldier in his army ever fell in battle. Achav was an incredibly wicked king who worshiped avoda zara. Yet he merited that great miracle. This was because there was tremendous achdus in his time, as we know, no one ever told Achav where Eliyahu Hanavi was hiding.

One observation I would like to add is, how could we say that there was no unity in Bnei Yisrael based on one action by two individuals? I would suggest that it was because Dasan and Aviram were officials, leaders if you will, and we don’t find that there was any outrage about what they had done. Why were they in that position in the first place? Perhaps if a leader acts the wrong way and is not protested, it is implicit that the constituents that he represents are complicit with his actions.

Needless to say, it would sure go a long way in our times if we promoted a bit more unity. Aside from the fact that it was the reason the second Beis Hamikdash was destroyed, it could help prevent so much of the tzaros that we have today. 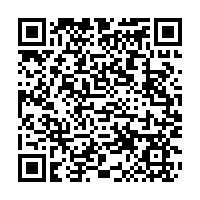