In our last column (The Magazine, 7-19), Shlomo Veingrad, the NFL Super Bowl player-turned inspirational frum speaker, shared some of his stories from the road. He’s back again with more anecdotes, including how he inspired the Head Coach of the Dallas Cowboys and learned some lessons of his own.

One of the major triggers that led Shlomo to becoming frum was the sincere welcome and warmth he received by the Jewish world. His days playing for the Green Bay Packers and Dallas Cowboys were filled with a never-ending schedule of practice and games, as well as the camaraderie of teammates and the positive pressure of goals and objectives. After retiring in 1993 he, like many other players, felt a distinct void. But upon being introduced to a Torah class by a frum relative and attending Shabbat morning davening at a local Florida synagogue, he began to see that Judaism offered an even more satisfying lineup than he had ever experienced before.


“I went on a Shabbat morning to the Chabad of East Fort Lauderdale. It was one of the few times I had been to shul since my Bar Mitzvah, and it might have been the first time since then that I was called up to the Torah. After an aliyah it’s customary for a man to bless the people in his family. A hundred people were looking at me, I was feeling a little nervous. The gabbai said ‘Who do you want to bless?’ The guy in front of me listed his wife and children so I did that too.”

“‘Anybody else?’ the gabbai asked.

“‘The Rabbi and his family.’

(“I felt like I was doing something wrong, I had to bless somebody else.”)

“‘Yeah, the soldiers in Israel.’

“The gabbai said in a soft voice, ‘The Packers or the Cowboys?’

(“I smiled greatly. This was unbelievable, the real deal, I’m in shul and he asked me which one to bless. I said ‘Yeah, let’s give the Packers a blessing. I spent five years there, they need the blessing.'”)

“‘He said quietly, ‘ok, a blessing for the Packers!’

“‘It was really funny, serious of course but it showed that he had a sense of humor and it made me feel very welcome. After that I stopped sweating, smiled and said ‘Ok let’s get someone else up here now.'”

Shlomo has traveled further for his speaking engagements than even during his days in the NFL, crisscrossing America and speaking around the world. Once he spoke on a Tuesday night at a Chabad House in Milwaukee and had another speaking engagement at a local school on Wednesday afternoon.

He davened Shacharit on Wednesday morning at the Chabad House. Before davening an elderly rabbi approached him and adjusted his Tefillin on his head because it was not in the correct place. He then handed him a small mirror with a blue back that he could use in the future.

After Shacharit, Shlomo was waiting in the library until his next engagement when the same old rabbi approached and motioned to him.

“You’re taking the mirror back?”

Shlomo followed him up the stairs, down a hallway and into his office. He then took back the mirror from Shlomo, but a moment later handed it back to him.

Shlomo turned it over in his hands and noticed that the rabbi had given him a new one, with a green back.

“Aren’t these your colors?” the Rabbi asked.

(“I just smiled. I thought to myself, ‘how would an old chassid know the Green Bay Packers?'”)

When he speaks, Shlomo tries to give direction and inspiration to people from his own experiences. Once while traveling he received his own helpful course adjustment.

When flying out to speaking engagements, Shlomo tries to daven before leaving. He notes that davening on a plane can sometimes bother other passengers or flight attendants. On one trip, he was unable to daven before he left, but knew he would have enough time before his connecting flights.

Upon landing at around 6:00 am, he searched the terminal and found a deserted area away from other travelers. He took out his tallit and tefillin and began to daven, but realized he didn’t know which way was mizrach, east! He also couldn’t find the compass that he usually carried in his bag. 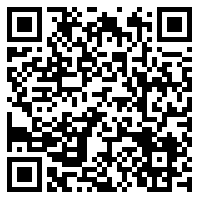