Suppose you have money in investments and things are going well.  A good friend calls and informs you that you could easily change your investment and earn twice or even three times as much. Would you fail to act, and let that opportunity go to waste? You would certainly phone your broker, and with that little bit of effort ensure that your money was earning as much as possible. Now, what if we were talking about time instead? Certainly here too, we would all like to ensure that our time is being invested as wisely as possible.

When it comes to being efficient and saving time, we usually look for ways to get things done more quickly – possibly by multitasking or by being more organized.  There are ways to eliminate unnecessary areas or group together similar types of activities. The amount of effort required to implement these changes, however, may make you step back and reconsider. You might wonder if what you’re gaining is really worth all that effort.

But I’m not here to suggest you change your lifestyle or even find more time in your day.  I am here to talk about improving the quality of time that you’re already using. The term quality time doesn’t only apply when you’re with your children. You can vastly improve the value or quality of the time you are already using, just by directing your thoughts.

An excellent example of this is illustrated in a story told of Rav Sholom Shwadron zt”l. One of his children was sick, and as any loving and responsible parent would, Rav Sholom brought his son to the doctor. On the way he met his rebbe, Rav Leib Chasman zt”l.

“Where are you going?” Rav Leib asked him. Rav Sholom explained what he was doing, but to his surprise his rebbe seemed to have not understood his answer, and repeated his question. Not understanding his rebbe‘s intention, Rav Sholom answered the question a second time. Finally Rav Leib explained himself. “An animal also has an instinct to care for its young, but you are doing more than that. You are performing chesed, an act of kindness to another human being. Does it matter that he also happens to be your son?”

Rav Sholom would later say that he adopted this message. Whenever he would help his wife or children, he would have in mind that he was doing chesed. Instead of an ordinary household duty, he was gaining a valuable mitzvah. With no additional expense of time or money, and very little effort he transformed something he had to do anyway into an important and meaningful accomplishment.

Anyone can use this simple and practical idea to bring what they are doing up to an entirely different level. Why settle for good enough when you can have the best? It’s like the dream of the ancient alchemists. Ordinary deeds can be changed into gold.

The Mesilas Yesharim tells us that everything in life is a test. How will you behave in this situation, how will you deal with that person, and how will you react to something that happened. What about a situation that doesn’t seem to present any type of challenge? Sometimes there is no particular mitzvah or any other type of obligation that you need to do, and at the same time there is no particular temptation that you need to resist. What is the test then? Really this question could be asked about Adam HaRishon in Gan Eden. Besides for the single mitzvah of not eating from the Eitz Hada’as, it seems that he had no other responsibilities or obligations, so how was he being tested?

The answer, however, becomes clear when we understand what his job in Gan Eden was. Adam HaRishon did not need to work to support himself, he did not need to worry about food, clothing and shelter, and there was no Torah for him to learn. All of his time and effort was dedicated to only one pursuit: becoming closer to and more aware of Hashem. He looked at all the luscious fruit hanging from the beautiful trees, and gained an awareness of Hashem’s kindness and love. When he pondered all the wonders and miracles that could be seen in the natural world, he had a glimpse of Hashem’s abilities. And as he thought about the tremendous genius evidenced in their design and production, his realization of Hashem’s unlimited intelligence grew more and more.

In light of this we can understand Adam HaRishon‘s test. He wasn’t faced with a choice between good and bad, but between good and better. He could spend time studying his surroundings and then take a break for the rest of the day, advancing towards Hashem at a nominal pace. However, if he made every minute count, and he made sure to get the most out of the time he put into this pursuit, then he could fly ahead far more rapidly and accomplish worlds more. We too can gain immensely by adding a little additional effort and paying a little more attention to what we’re doing and how we’re doing it. This small investment will one day pay off tremendous dividends.

Here is another example of time that can be used far more beneficially. Suppose you find yourself outside, maybe running an errand or walking somewhere. Take a look around you, there is so much to see and to take in. There are beautiful trees and flowers to admire, and fresh air to enjoy. You can appreciate your healthy body that works so perfectly and take pleasure in walking down the street comfortably – many cannot do so. If you pay attention and think in this way, then that time has metamorphosed into a much more pleasant here and now, and is much more valuable in terms of gaining more awareness of Hashem and of his greatness.

Ashrecha BaOlam HaZeh, VeTov Lach LeOlam Haba. How fortunate you are in this world and how much good this will bring you in the World to Come. 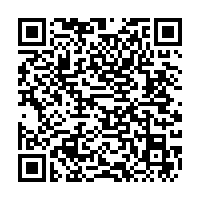