The placid waters of a bathtub can sit innocently quiet, until a single push of a button turns them into a raging whirlpool. Such was the beginning of the journey of Dave Stern* – a single moment of introspection turned his life and that of his three siblings completely upside down.

Last time, we began speaking about the Stern family, originally of San Francisco. Remarkably, all four siblings became frum. They each embarked on independent but intertwined journeys which brought out their bonds of familial love, and at times, the strains of sibling relationships.


Growing up in the 1950s and 60s, the four siblings dutifully attended local Reform Temple on the High Holidays; their parents taught them the importance of sitting quietly and respectfully. Each week at the Temple’s Sunday School they received a firm grounding in Jewish “culture.”

Dave, the second-oldest child, hated going to Sunday School. He resented having to sit through the classes while his friends were outside playing sports. Through all his years, he recalls learning only two letters: Shin and Sin. And yet ironically, he credits the school with playing a role in his later teshuva journey, as it fostered in him a deep-rooted sense of Judaism. It was a concrete reminder that he and his siblings were different from their non-Jewish classmates.

“A close [non-Jewish] friend in San Francisco once asked me, ‘Tell me, Dave, what is a Jew anyway?’ I remember stuttering and searching for an answer before I was forced to admit that I really didn’t know. This lack on my part of knowing who I was, was quite unnerving to me.”

As he grew up, Dave was like a boat afloat in an ocean without direction. He felt the most unsettled of all of the siblings, especially in the breakdown of the social order which continued into the 1970s. In his quest for answers and spirituality, he became involved with some of the popular activities of the time, such as Transcendental Meditation and illicit substances. Those experiences only added to his feelings of unhappiness and anger at the world.

One day in 1978, while in his Freshman year at a local community college, he was at a particularly low point, his life seemed full of darkness. He was completely unsure of the proper direction and purpose of his life. The substances he had taken that morning only fueled his sense of despair. He was an avid tenor sax player and was sitting in band class when a wave of discontent swept over him. He bolted from the room, ran out from the music building and headed for the school’s athletics facility.

Dave settled into the empty whirlpool bathtub, which normally could accommodate ten people. After a minute or two a paraplegic man was lowered down into the pool opposite from him. As his eyes met Dave’s, a groan escaped from the man’s lips.

As Dave recalls, “my understanding was that he was communicating ‘my life is a misery’ and perhaps he felt some relief in the pool. At that point, something which had been turning and processing and developing deep inside me snapped. Here I am with everything. All of my facilities. Youth. Strength. Looks. Money. Degree of talent. Family. Health. And after all of that and more, I think I’m miserable? It can’t be. Something’s got to change.”

Dave seized that sudden moment of clarity and made something positive out of it. He felt like a Higher Force was guiding him. He knew that he needed answers and that he could only find them in Israel.

Dave drove home and shared his plans with his parents. Surprisingly they thought it was a good idea, perhaps hoping it would provide him with a proper direction.

Around this time Dave also had a conversation with a neighbor who was Catholic. Dave had not shared his epiphany in the pool, but the neighbor sensed that he was groping for answers and meaning. He suggested that Dave look more into his own religion, and that Israel would be the best place to do it.

“It was the right advice at the right time,” Dave said.

Dave decided to travel to Israel to work on a kibbutz. In April 1978, one week after his 19th birthday, he packed up his life in America and flew to Israel. Shortly after arriving he headed for the Kosel, where he was approached by Rabbi Meir Shuster.

Rav Shuster was a constant presence at the Kosel. Every afternoon he approached young Jews there and asked them if they would be interested in attending a class in a yeshiva or seminary. It was likely that Rabbi Shuster noticed the look in Dave’s eyes and sensed his quest for answers and meaning. He asked him if he would like to attend a class at the nascent Yeshivas Aish HaTorah. The class turned out to be exactly what he had been searching for.

In the yeshiva Dave first discovered the fire of Torah, and met other young men on similar journeys of discovery. He began to get answers to the questions which had always plagued him.

When Dave had first announced his plans to travel to Israel, no one in his family was surprised. However they were stunned by his decision to change his plans and learn in yeshiva.

“This was a shock to us as he had rejected anything to do with Judaism,” the elder Mrs. Stern said. “But we were very supportive because nothing else had worked for him.”

Dave began writing letters to his parents and siblings back home. He shared details of the classes and encouraged his siblings to come as well.

As the letters continued and Dave made no plans to return to America, his parents began to worry. Five months later they sent their third child, Fred, to bring him home. But instead of returning to America, Dave convinced Fred to join him at Aish HaTorah. (More on this in future columns.)

Dave’s epiphany in the college pool had a ripple effect on himself and all of his siblings. He, his two brothers and their sister are all observant and married, and live across the United States and in Eretz Yisrael. Today they are the proud parents and grandparents of dozens of frum children. How did that single moment produce such dramatic results?

The Mishnah in Pirkei Avos (5:4) says that Avraham Avinu passed ten trials. Rav Volozhin explains (in Ruach Chaim on this Mishnah) that Avraham is called Avinu because when he exerted himself to pass his tests, some at the risk of his life, it awakened in his descendants an ability to pass theirs. As our ancestor, his actions prepared the road for us. When a person today similarly pushes himself to grow, this creates a natural ability in his children to do the same.

During his moment of recognition in the whirlpool, Dave finally became aware of the many blessings in his life which he had previously ignored. Instead of feeling that his life lacked direction and significance, he realized that he could fill it with meaning and joy. He has been on a mission of rebirth and renewal ever since, and the intensity of his actions have streamed out to inspire those around him. 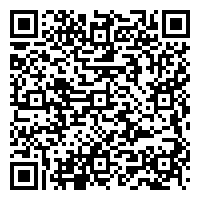