When I was asked to write a review of a book by the Chief Operating Officer and Dean of Students at Touro College of Osteopathic Medicine – Middletown, N.Y., I was presuming it would be some dry, boring memoir or some vague, uninteresting thesis about some obscure topic that even an osteopathic professional would be bored with in a few minutes.

It turned out to be one of the most interesting and entertaining pieces of material I’ve read in months.

Dr. Cammarata, PhD, is something of a Jerry Collona look-alike when he had a bushy moustache and be wrote the original “The Fun Book of Fatherhood.” The book – which is truly a cool breeze – is his take on the philosophy of life as a devoted father to his three children, as well as enjoying life and helping his fellow man (and women – especially his wife, Margaret).

Since we humans are mammals, there are many comparisons that could be made of our behaviors with other members of the animal kingdom. But without making a baboon of himself Cammarata brings out the best of the lower orders, and in teaching his girls – and us – gives numerous examples of how even animals show love to their offspring to ensure their safety and development.

Along the way, he quietly directs our attention to some of the other masters of child-rearing that he learned from, such as Benjamin Spock and Chaim Ginott, and proves that to be a master at human psychology, well, you really need to be a student of zoology. In fact, he must have a lifetime membership at the Staten Island Zoo where he and his family have visited innumerable times to learn about animal behavior.

A devout Catholic and true family man, Jerry has raised his children in a multi-generational environment, with one set of their grandparents living upstairs in the same home and another in their own home within walking distance.

Cammarata, who lives to be an enamorata, offers a positive philosophy of child-rearing that we learn much more from our children than we can ever teach them, and to always treat them like small persons, not merely little children. He was among the historical first dads to obtain paternity leave in order to be an integral member of his nuclear family. He’s done some strange wonderful things, such as making it into The Guinness Book of Records (singing for more than 75 hours straight) and almost everything but flagpole sitting, all to amuse his children and to let them know that nothing is impossible.

He’s the former Commissioner of the NYC Department of Youth and Community Development; Member of the Central Board of Education; and Associate Director of Coney Island Hospital – appointments given him by New York City Mayors Giuliani and Bloomberg.

The Second edition of The Fun Book of Fatherhood, which was released two weeks ago, updates his life experiences with his children and grandchildren, and provides an understanding as to why Paid Family Leave is one of the most important solutions to preserving the American family today. 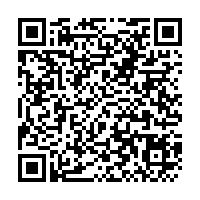