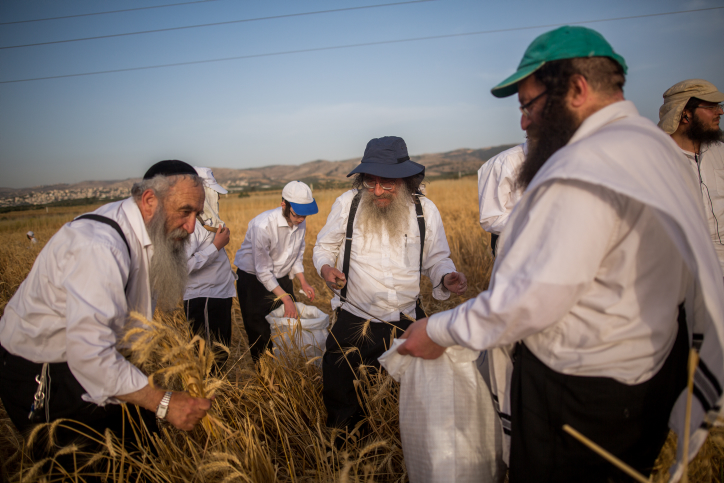 Though demography was not an exact science, Jews may have numbered several million in the early Roman Empire.  For more than a century before the 70 CE destruction of the Second Temple, most Jews preferred living around the Mediterranean basin, instead of their aboriginal homeland.  Still, Jews were the majority in the Holy Land, perhaps until the late 6th century CE. Historical and religious sources like the Torah, the Gospels and the Koran affirm the existence of the Jewish People and their historical, demographic, and cultural connection to their ancestral homeland.  There are, for example 16th-century Ottoman tax registers listing the names of the Jewish taxpayers. There were always Jews living in the Holy Land, where the total population (also including the Muslims and Christians) had by the 19th century fallen to a level much lower than in Roman times or today. [1]


The Land was Reserved for the Jews

The land was reserved for the Jews at creation not only because of it being the most striking and bountiful of lands, but because of its spiritual character. A unique sanctity permeates the land making living there intrinsically of the uppermost importance, overshadowing all the other Biblical commandments. [3] The centrality of the land of Israel to the Jewish religion stems from the Torah’s formulating Jewish law and ritual conditional to the Jewish people possessing the land.  The agricultural laws found in the Torah are expressly connected with cultivating the earth of the Holy land.  Animal sacrifices were confined to the Temple in Jerusalem. Cities of refuge for those guilty of manslaughter could not be built anywhere but in the land of Israel. Leaving the country became a religious transgression laden with remorse. Those living outside of the Holy Land were considered unwilling accomplices in idolatry. [4]

The rabbis were so concerned about the national welfare and the continuation of Jewish rule of the land, they refused to accept any foreign occupation as valid. Although they had to acquiesce to their rule, they viewed the Romans, for example, as intruders and their representatives as robbers. G-d had promised the Land to Abraham and his descendants, and no one could change this right. The Jews did not accept their authority reflecting the humiliations and degradation they faced at the hands of these oppressors.[5]

After the Roman Army Destroyed the Temple

When the Roman Army destroyed the Temple in 70 C.E., the rabbis decided to establish ceremonies to commemorate the destruction and maintain the belief that the Temple will be rebuilt “speedily in our days.” The success of these ceremonies, known as Zekher le-Hurban (Remembrance of the destruction), are practiced to this day by observant Jews.  The period of mourning commemorating the destruction of the first and second Temples begins on the 17th day of the Jewish month of Tammuz and ends on the ninth day of the Jewish month of Av, the day of the destruction, called the fast of Tisha B’Av. On this day Jews sit on the floor lamenting their past and entreat G-d to fulfill the messianic promise of return to their land to rebuild the Temple.[6]

In anticipation of the return, the rabbis in the second century codified the areas of Jewish law that in time would become invaluable with the restoration of the Temple including: the intricacies of Temple worship and architecture, responsibilities of the high priest, the king, and the Sanhedrin (highest judicial and ecclesiastical council). From this ardent religious link to the Temple, over centuries an individualized form of prayer developed, which became formalized with a fixed order. The liturgy is replete with prayers entreating a swift return to Zion and the restoration of the Temple service. [7]

Three times a day Jews are obligated to pray wherever they might be in the world, but they must face the East, the direction of the Temple: “Sound the great shofar for our freedom; raise the standard to gather our exiles and assemble us from the four corners of the earth…. Restore our judges as of old… And to Jerusalem your city return in mercy and dwell therein as you have said; and speedily establish therein the throne of David.” [8]

Each year at the Passover Seder, Jews recite a prayer thanking G-d for redeeming them from Egypt. The holiday has become the symbol of their hope for the future.  They ask G-d to bring them to “other festivals and holy days that come to us, in peace, happy in the building of your city, and joyous in your (Temple) service.”  [9]

David Ben-Gurion observed that more than 3,000 years before the Mayflower left England for the New World, Jews fled from Egypt. Jews who are even slightly aware of their Jewish heritage know that every spring Jews commemorate and remember the liberation from slavery and the Exodus from Egypt to the Land of Israel at their Seder. [10] The Seder concludes with the words, “L’shana haba’ah b’Yerushalayim ha’binuya”—Next Year in Rebuilt Jerusalem.

Center of Spiritual Yearning for the Jews and Continual Aliyot

The land of Israel functioned not only as a center of spiritual yearning for the Jews, but also of continual aliyot (immigration to the land of Israel) from the diaspora throughout the world. Thousands of Jews settled in Palestine during the six centuries preceding the advent of political Zionism—in order to hasten the Messiah through human initiative—mainly by going on aliyah.  They viewed the changing world around them as the conditions the sages described would herald the Messianic Era.  [11]

This expectation was focused on specific dates having mystical significance—a dawn of a new age. From the year 5000 on the Jewish calendar (1240 C.E.), the beginning of each new century heralded the prospect of redemption. This resulted in a considerable transformation in the connection between the people of Israel and the land of Israel. Jews and gentiles interested in the Ottoman Empire and the land of Israel became even more aware of the strengthening of the relationship between the Jews and their historic homeland. [12]

This recurrent movement was not limited to the “lower” elements of society, but from every segment of society. Some of the leading Jewish personalities of their era led the way. Although the number of Jews who settled in Palestine never represented more than a small portion of world Jewry, these messianic aliyot had enduring importance, because of the prominence of those involved, their regularity over centuries, and the diversity of diaspora communities participating. [13]

Among the foremost groups to reach Palestine were the disciples of the Ga’on Rabbi Elijah of Vilna (the Vilna Ga’on). By 1813 there 511 of individuals who had come in a number of organized groups. This was considered a vast number at the time. The Vilna Ga’on was one of the most dominant Jewish leaders of his time.  His followers wanted to fulfill the commandment to live in the land of Israel, restore the classic rabbinic ordination and build Jerusalem. By going on aliyah, the Vilna Ga’on believed they would “stimulate redemption form on high.”  Though he began his own journey on aliyah, no one knows what caused him to abandon it and return home. [14]

To reduce obstacles and hazards along the way, the groups left in the spring with the hope of arriving by the end of the summer. The leaders from Vilna were given funds to distribute to members if the kolel (an institute of advanced study of the Talmud and rabbinic texts). [15]

Hasidic groups in Bohemia and Galicia also arrived as did Jews from Poland, Lithuania, Russia, Tripoli, Tunis and elsewhere. The success of the aliyah movement brought so many Jews that leaders from Vilna were alarmed about the effect this might have on the welfare existing Jewish community. They informed those who planned to live in Jerusalem not to rely entirely on subsidies provided by the Vilna community. [16]

As long conditions remained fairly secure and without natural calamities such as epidemics and the devastating earthquake on January 1, 1837, in Safed and Tiberias where approximately one fourth of the Jewish population perished, the stream of aliyah continued.  Jewish immigrates flocked to Jerusalem, creating a housing shortage after the earthquake. Political instability and the arbitrary nature in which the local officials and the public treated the Jews, especially between 1819 and 1831, negatively influenced the growth of the Jewish community. Yet austere and severe living conditions did not stop the steady flow of Jews. Between 1808 and 1840, the number of Jews increased by 5,000 people, a clear demonstration of the formidable motivation they had to return to their ancient homeland. [17]

The messianic yearning which generated these waves of immigration, and the belief in the centrality of the land of Israel were an integral part of Jewish tradition. The history of aliya from the 13th thirteenth to the 19th centuries demonstrates the intensity of the Jewish people’s connection to its ancestral homeland, a link that continued into the late 19th and 20th centuries, when modern Zionism emerged. [18]

[10] The Jewish Case Before The Anglo-American Committee of Inquiry on Palestine (Jerusalem: The Jewish Agency For Palestine, 1947), 63, 65. 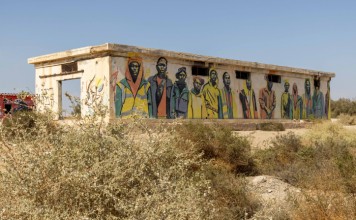