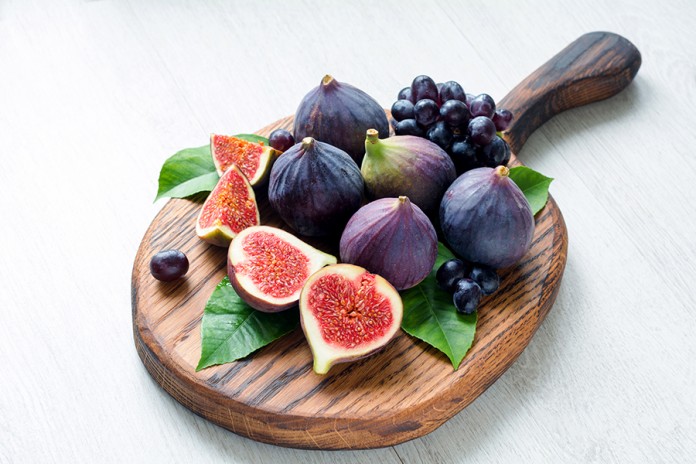 “… You shall take of the first of every fruit of the ground … and you shall put it in a basket and go to the place where Hashem will choose to make His Name rest there …” (Devarim 26:1)

We find a fascinating narrative in the Mishnah (Bikkurim 3:2) with regard to the bringing of the bikkurim.

Those who lived near Yerushalayim would bring fresh figs and grapes, while those who lived far away would bring dried figs and raisins. An ox wearing an olive-crown on its head would precede them, his horns decorated with gold. A flute would play before them until they would draw close to Yerushalayim. When they neared the city they would send messengers ahead, and they would adorn their bikkurim. The governors, chiefs and treasurers of the Bais HaMikdash would come out to greet them, and according to the rank of the entrants they would proceed. All the skilled artisans of Yerushalayim would stand up before them and greet them saying, “Our brothers, men of such and such a place, we welcome you in peace.”

R’ Ovadiah Bartenura writes that although artisans who are in the midst of doing their work are not obligated to stand up for talmidei chachamim, they are nevertheless required to stand before the people bringing the bikkurim. It is comparable to standing up for the baby when he is brought into the shul for the bris milah.

The Nachlas Tzvi expounds that the people have to stand to honor those who are fulfilling the mitzvah the same way we stand up for a talmid chacham or a sefer Torah. It is a sign of derech eretz and respect.

Why is this particular mitzvah lavished with so much prominence, unlike the other mitzvos that are performed in the Bais HaMikdash?

It is explained that since not all the people have the good fortune to be able to bring their own bikkurim – because they don’t own land or grow fruit – they are afforded the opportunity, in this way, to participate in the mitzvah by feting those who can perform it. It is a way of saying, “We too want to praise Hashem for the great kindness that He does for us.” The mitzvah of bikkurim is a visible demonstration of our recognition that Hashem is the master of the world, and all that we have belongs to Him. It is similar to the mitzvah of maaser and tzedakah, whereby we acknowledge that we do not really “own” our money, land and possessions.

The Sefer Peninei Parshiyos HaShavua writes that many seek suggestions and segulos for doing teshuvah and improving their ways. It is not easy, but certainly during these days of Elul we try anything possible. The Maharsha reveals that tzedakah, giving charity, has a unique power to effect a positive reaction in Heaven, and to change one’s decree for the better. When one shares money, a commodity that is valuable here on earth, with an individual in need, there is an immediate profound impact in the Heavens. Not only is the recipient helped, states the Maharsha, but the benefactor is helped even more, and he is able to tip the Heavenly judgment in his favor.

It was during the latter part of the hot days of August when the significance of the mitzvah of tzedakah hit me square in the face. A community askan (a person influential in working for the community) called me one morning for my input on an odd situation he had just witnessed.

He had been walking by the public school near his house when he noticed a woman, accompanied by a sweet-looking boy wearing a large yarmulka, enter the building. He could not understand why they were going into the public school and it bothered him greatly. He wanted to help, so he waited outside for the two to emerge from the building so that he could speak to them. It was very hot outside, and although he waited for quite a while, he didn’t see them come out, so he left.

I encouraged him to pursue the matter further and try to get to the bottom of it. The next day he waited for over an hour but they didn’t show up. He went the following day as well to wait in front of the building, but the mother and son did not make an appearance. He considered the possibility that it was perhaps a one-time occurrence and had no meaning at all, but he believed intuitively that it was otherwise.

On the third day, just as he was walking towards the school, he saw the woman approaching again with the young boy. He ran over and inquired what the woman needed in the public school, and she explained that they were offering a free breakfast program. Since she was having great difficulty providing enough food for herself and her son, they had been participating in the program. “You can see my son proudly wears his yarmulka all the time,” she declared, “and we make sure to eat only what is kosher.”

The askan then asked the woman if she would be open to receiving help. She told him that she was really diffident and reserved, and was reluctant to ask others for help, but she would certainly be appreciative of any assistance.

The woman had been managing as best she could, but we soon realized that the two needed much more. The boy was not registered for yeshiva for the upcoming year and scarcely had a change of clothing. Their furniture consisted of an old table with two chairs and two beds; the pantry and refrigerator were literally empty. It was obvious that they were in dire need of support and services. I immediately made the necessary arrangements to assure that they would be able to get back on their feet and live with dignity and respect.

We know that there are many parents who cannot provide for their children, who don’t have money for shoes and clothing for their family, who cannot pay for a knapsack and school supplies.

I humbly beseech of all our loyal readers of The Jewish Press and friends of Klal Yisroel to feel the pain of our brethren and to take a part in this great mitzvah. Let us give chizuk to families, individuals, and children in need. In the zechus of your contribution, may you merit blessing and success, a year of good health, nachas, happiness and prosperity.