This week’s d’var Torah is dedicated in honor of the Bas Mitzvah of Tehila Eichorn.

The Rav noted that the Gemara (Shabbos 21b) asks “Mei Chanukah?”.

Rashi interprets the question as “for which miracle was it established”.

The Gemara continues to discuss the prohibition of fasts and eulogies

during the 8 day period in commemoration of the events that occurred after the Maccabees defeated the Greeks. They found that the Greeks had defiled all the oil in the Temple except for one flask with the seal of the High Priest that was hidden. That oil burned for 8 days till they were able to press new pure olive oil for the Menorah. The following year they established this 8 day period as one of Hallel V’Hodaah (Praise and Thanksgiving). In summary, the Gemara in Shabbos mentions only the miracle of the Menorah as the basis for Chanukah.

Rambam (Hilchos Chanukah 3:1-3) expands on this theme. He mentions that the Jews were successful in ousting the Greeks from the temple and restored the Jewish monarchy for an additional 200-plus years. This victory took place on the 25th of Kislev. He then mentions the miracle of the oil, as mentioned in the Gemara. The Rambam then says that there are 2 manifestations to Chanukah:

1) Days of praise to Hashem and happiness. This is the reason that fasts and eulogies are not permitted on Chanukah, similar to Purim;

Hashem did for us.

The Rama (Hilchos Chanukah 670:2) quotes Reb Avraham from Prague that there is a Ketzas Mitzvah (limited obligation) to have a Seuda (festive meal) on Chanukah, however this would only be a Seudas Reshus (voluntary meal). The reason for this is that the Chanukas HaMizbeach (Dedication of the altar) took place during those days. According to some opinions one would be required to eat Pas (bread) on Chanukah to fulfill the obligation of Seuda. (To say that there is a requirement to eat Pas on Chanukah, would be sensational, as it would make Chanukah stricter than Seuda Shlishis on Shabbos.) However, Rambam says that these are days of Simcha, not Seuda. There is a negative manifestation (forbidden to fast and eulogize) and a positive side, to be happy.

The Rav explored a possible reason for requiring a Seuda on Chanukah. Midrash on Parshas B’Haaloscha says that the dedication for the Tabernacle by Moshe was supposed to take place on the 25th of Kislev. However, due to the sin of the Golden Calf, Hashem delayed it to the first of Nissan, and preceded it with 7 preparatory days beginning with the 23rd of Adar. Kislev had a complaint as to why it was denied this great honor. The Midrash says that Hashem, so to speak, consoled Kislev saying that in years to come there will be another dedication held in Kislev during the time of the Chashmonaim. Therefore on Chanukah we celebrate both the dedication of the Mizbeach by the Chashmonaim as well as the period that was originally intended for the dedication of the Mishkan.

Though the Gemara in Shabbos mentions only the aspect of Chanukah relating to the lack of pure oil when they returned to the Temple after ousting the Greeks, the Gemara elsewhere (Yoma 16a) mentions another dimension. The stones of the altar were defiled by the Greeks. The altar was unusable and a new altar needed to be built to resume sacrificial offerings.

Rambam is of the opinion that the Halachos pertaining to each individual Chanukas Hamizbeach is a Horaas Shaah, an extra-judicial decree. The procedure for the dedication of the altar that was part of the Tabernacle stated in the Torah does not apply for all subsequent generations. However, the overall Chanukas Hamishkan was a period of Yom Tov. Ramban says that according to Rabbeinu Yonah there is a Mitzvah L’Doros when the need arises, to dedicate the vessels of the Temple through Avodah, use in Temple service. There should be Meluim, a period of consecration through use, when an altar is dedicated. That is a Yom Tov period. This aspect of Yom Tov does not apply to the dedication of all vessels. But it does apply to the dedication of the altar. While the specifics of the sacrifices for dedicating the Temple were a Horaas Shaah, the obligation to dedicate the altar applies for all time. Hashem, so to speak, comforted Kislev that it will not lose the Yom Tov that was originally scheduled for its 25th day. The Chanukas HaMizbeach that will take place years later in Kislev in the time of the Chashmonaim will be a Yom Tov as well, and will make up for the moving of Chanukas Hamishkan from Kislev to Nissan.

If Chanukah was simply a commemoration of the miracle of the oil and Menorah, we would be hard pressed to see the connection between the reading from Parshas Nesiim and Chanukah. We should have read from Parshas Tsav or one of the Parshios that talk about the Menorah. However, if we view Chanukah from the dedication perspective, as the period that the Chashmonaim dedicated the altar coupled with the fact that it was the intended period of the dedication of the Tabernacle, then the connection is obvious. Each day of Chanukah was part of the dedication process and is connected to the other days of Chanukah in that it was one of the days that comprised the Chanukas Hamizbeach. The days of Chanukas Hamizbeach are indeed a Yom Tov. The daily Krias HaTorah is confined to the dedication of the altar only. However, on Shabbos, both aspects of Chanukah are mentioned: the Krias HaTorah mentions the altar dedication and the Haftorah mentions the Menorah. As a Yom Tov, Seuda, Pas, is appropriate during Chanukah.

As Rambam says, these days are called Chanukah because they were the days of Simcha V’Hallel associated with the dedication of the Mizbeach. That is why fasting and eulogizing are forbidden. While these days also commemorate the miracle of the oil that burned for 8 days, the term Chanukah has nothing to do with the candles. Rather it is associated with the Chanukas HaMizbeach.

In previous cases where the Tabernacle, Temple or altar was dedicated, a prophet directed the sacrificial program. In the time of the Chashmonaim there no longer was overt prophecy. Hence the Hasmonean dedication process was not fully consummated. With the rebuilding of the Temple, prophecy will be restored and the dedication process that will be specified at that time will complete what the Hasmoneans started millennia ago as well as provide the unique process for the third Temple. Az Egmor B’Shir Mizmor Chanukas HaMizbeach. We will complete the unfinished song of praise started many years ago that will consummate the dedication of the altar and Temple. May it be speedily in our days. 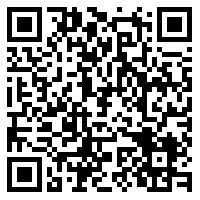