Elisha Davidson and the Letters of Fire
By M.R. Attar
Menorah Press

There have been many takes on the hypothetical: what if Harry Potter had been Jewish. There have even been articles written about how in fact he might be (I wrote a couple myself) but now we have the real thing. Elisha Davidson and the Letters of Fire, a book in the same style as Harry Potter, which is said to be the first of a trilogy. Personally, I thank to thank Attar for not making us have to wait for seven books to reach the conclusion.

Everything from the byline and the cover illustration to the types of characters and style of writing is meant to simulate the aura of literary legend Harry Potter. Perhaps we should give kudos to Attar for that alone.

But as we’re wisely advised in Pirkei Avot not to judge a container but what is within, I can tell you that though Elisha Davidson might live in a parallel universe to Harry Potter, it is a completely different world. And that’s where the magic lies, or should I say mysticism?

Elisha Davidson is an almost 11-year old boy with remarkable pale blue eyes, like his great grandfather, and hidden spiritual powers. He attends a rather unorthodox school called the North Temple Mount Academy which has a rather different syllabus than a regular elementary school. It teaches ancient secrets and offers a 7 Chambers summer camp. But Elisha’s life is inexorably changed when on the same day his teacher, a genius called The Arranger of Letters, collapses after looking at him and his family unearths a large and unusual stone while doing renovations. Strange things start happening when Elisha brings the stone into his bedroom.

Written with flowing language and engaging style, Attar weaves a spell that combines mystery, humor, adventure and Kabbalah in the most magical place in the world, the Old City of Jerusalem. Elisha tries to unravel the truth spelled out in the Letters of Fire with the guidance of a mekubal and the help of a rather reluctant kohen of Light.

Attar liberally and purposefully sprinkles allusions to Harry Potter while winking at you conspiratorially but then shows you you’re a long way from Hogwarts. This isn’t magic, it’s the real thing. Attar leads you down alleyways steeped in Jewish history and passageways soaked in Jewish mysticism showing you there’s nothing more magical than the world of Torah.

This is a great book for all ages that you simply can’t put down. I can’t wait for the next installment.

Coronavirus Fabrications Around the World 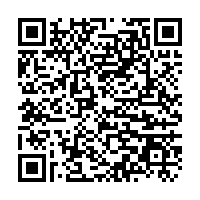