Is There a Kohen in the House?

The Torah is taken out of the Ark to be read and the Gabbai looks up and asks if there are any kohanim present. Many of us look down or shrug our shoulders; we are but “simple” Israelites. We look at the kohanim as an exclusive club to which we cannot and shall not belong. Science has studied their lineage and, though fascinating, it has served to further impress upon us how distant we are from the pure kohanic genome.

The job of today’s kohen is greatly reduced from that of his predecessors. In addition to conducting ritual, the kohanim in the times of the Temple provided social services and addressed the people’s specific needs. Tithes and gifts were granted to them as remuneration for the services they provided to the populace.

What were some of the services the kohanim provided in the times of the Temple?

Doctor:
Today’s doctor gives you a “Physical.” In Temple times the kohen gave you a “spiritual” checkup.
In ancient times, disease was seen as originating from an internal, spiritual imbalance. As described in Tazria and Metzora, the kohen examined and cured the person or possession exhibiting an outer symptom. A bump or lesion on the skin was seen as an outer symptom of an inner imbalance. In contrast, today’s allopathic approach is to put ointment on a rash thereby focusing on the symptom, not the cause.

Therapist:
If a person had an addiction to alcohol he could become a nazir, swearing off any hint of grapes, wine or alcohol. The abstemious behavior enabled the addict to detoxify his body and break his dependence. The kohen assisted the recovering addict with ritual procedures and acted as the recovering addict’s therapist by asking penetrating questions, offering suggestions, presenting a path to recovery and ensuring it was taken.

Marriage Counselor:
If a man suspected his wife of being unfaithful, his legal relief would be to take his wife to the Temple where the kohen would perform a well-known ceremony filled with powerful symbolism. During this time the kohen would discuss relationships and realistic expectations and have the couple speak to one another and air out their repressed feelings.

Life Coach:
When one committed a sin and wished to repent, he or she would come to the Temple and offer a sacrifice. In addition to performing the sacrificial act, the kohen was there to speak with, counsel and direct the repentant. The kohen offered support and encouragement from which the repentant would get energy and strength to live a holier and more wholesome life.

From where do we know that the kohanim functioned as life coaches, acted as therapists marriage counselors and doctors? Chazal in Pirkei Avot stress Aharon HaKohen’s nature as an ohev shalom v’rodef shalom, a lover of peace and seeker of peace. When we expound upon the laws and ideas behind the laws, the notion that the kohen was simply a technician who stoically stood by assuring procedure was followed seems to be one of folly. The kohanic institution had the stamp and signature of Aharon HaKohen and his sons emulated their father; as Aharon was about peace and blessing, so were his sons. The priestly institution’s modus operandi was to be ohev shalom v’rodef shalom; its raison d’être was to provide blessing for the Children of Israel. Not only did the kohanim channel G-d’s peace through blessing, they brought it about through their actions and interactions with the people.

The modern kohen does not provide the life giving services that his forbearers did. However, Aharon’s sons still retain the power to bless us with life, health and goodness. We therefore have sufficient reason to treasure and honor our modern-day kohanim.

Despite not being called up to the Torah as a kohen, there is something immensely kohanic about every Jew. We are called by G-d, “Mamlechet Kohanim, a Kingdom of Priests.” Like our kohanim, we non-priests have similar but lesser restrictions on whom we marry, where we go and what we eat.

Imagine concentric circles; the innermost circle is the kohanim and the outer, the Israelites. Emanations of blessing come from G-d and radiate out through the kohanim to the Jewish people. Where does this blessing go after it is received by the Jews? After the kohanim, leviim and yisraelim lies the outermost circle, representing the nations of the world. We Jews take our blessing and radiate it out to the world, for we Jews, a “priestly nation,” function as the world’s kohanim.

We know that only the Kohen Gadol was allowed to enter the Holy of Holies.

In the Shabbat Shachrit Amida we state that a non-Jew may not keep the Shabbat. Shabbat is in time what the Kodesh HaKodashim is in space. Only we Jews, the kohanim of the world, are allowed to enter the sacred Shabbat.

So, next time the Gabbai asks: “Are there any kohanim in the house?” we may want to raise our heads a little higher and smile. But, we also need to consider what our responsibilities are in the world since we are a “nation of priests.

Living Between the Lines – Parshat Naso 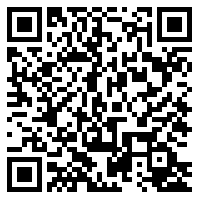