“And on the eighth day, the flesh of his foreskin shall be circumcised.” – Vayikra 12:3


The Sefer HaChinuch explains that Hashem separated the Jewish people from all the nations. We were given a distinct role in this world. Our lives and everything we do must be different from other people.

To remind us of this, Hashem gave us a permanent reminder of our uniqueness – the mitzvah of milah. By all rights, the Jewish baby boy should have been born already circumcised, as this would have more clearly shown the Jew is unique among the peoples. However, there is a second lesson Hashem wanted to impart to us. Just like a person can take his body and permanently change it, so too a person can change his very essence – his neshamah. Therefore, rather than creating the Jew circumcised at birth, Hashem gave us this mitzvah to perform.

This explanation of the Sefer HaChinuch is difficult to understand. Since Hashem wanted us to know we are a nation apart from any other nation, then surely the Jew should have been born circumcised. Wouldn’t that difference have shown that the very genetic material of the Jewish person was different?

Had the Jew been born without a foreskin, the entire world would have known that this people is set apart. Now, any human can be circumcised; in fact, many non-Jews are. Wouldn’t it have been a far more powerful lesson for us as a nation to know we are different because we were born that way?

A Leopard Can’t Change Its Spots

The answer to this question is based on one of the greatest shortcomings of man – self-limiting beliefs. Often a person will find himself thinking, “I am what I am. This is my nature, and there is nothing that I can do about it. Granted, I may not be happy with the way that I act, granted I may wish that I were different, but what can I do? This is who I am.”

Such thoughts become self-fulfilling. If I sincerely believe I can’t change, then in fact I will not be able to. I won’t seek out the methods of change, I won’t find the necessary motivation, and the reality will be that I cannot change.

This single concept can be the most damaging idea that ever crosses a person’s mind.

We Were Created to Change

The Gra writes, “If not for changing one’s character traits, what is the purpose of life?”

Change isn’t part of the Torah – it is the focal point of all of our avodas Hashem. The reason we were put on this planet is to grow. All the mitzvos focus on growth. But growth means taking who I am now and changing it, taking myself from where I am and willfully, purposefully, changing me. Whether it is in character traits, beliefs, trust, or honesty, whether it is in seeing Hashem more clearly or in treating people with greater respect, every part of what the Torah demands of me is about change.

If a person is locked into the idea that he cannot change, then in fact he won’t be able to. To such a person, the Torah has no relevance.

The answer to the question on the Sefer HaChinuch seems to be that this concept of man’s ability to change is so central to being Jewish that it warranted giving up another essential lesson. It is true that had Jews been born circumcised, it would have taught us that just as our body is different, so too is our soul. That concept would have aided us in recognizing our mission in Creation. However, the concept that “I can change the essence of who I am” is far more central to being a practicing Jew, and therefore it came at the expense of the weakening the first lesson.

This idea has great relevance to everything we do. We often find ourselves mired in thoughts that limit our ability to grow. “That’s just the way I am. What can I do? I didn’t choose to be born stubborn, hot-tempered, selfish, and arrogant. Ask my Creator why He made me this way.”

While it is true that each individual was created with a different nature and temperament, and it may well be that one person has a greater tendency toward anger, jealousy, or arrogance than another, the entire focus of our lives is supposed to be on changing our natures. To do that, however, we must clearly see change as possible, as something within our capacity. For that reason, Hashem gave us the mitzvah of milah – so that we can have a permanent reminder of our ability to change. 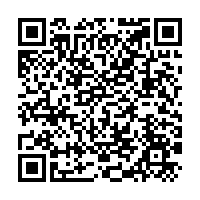