Rabi Pinchas of Koretz was a ﬁrm believer in never uttering an untrue word. He would point to the words of Reb Yehuda Hachasid who stated in Sefer Chassidim (Chapter 47): “He who speaks only truth and never even thinks of falsity will be rewarded by having all his wishes fulﬁlled.”

Rabi Pinchas’ piety and honesty were known far and wide. He would often say, “Even though our Sages (Yevamot 65b) declared that to preserve the peace, a person may change his words to ﬁt the situation, I will never utter a false word regardless of the consequences.” If he heard that one of his followers had uttered a false word, he would expel him from his presence.


One day he met Rav Dov Ber, the Maggid of Mezeritch, who had a tremendous following. Rabi Pinchas asked him, “Why do you have such a large following, whereas I have so few?”

The Maggid answered, “Do you know why parshiyos Chukas, Balak, Maatos and Maasai are often combined, while Parshas Pinchas is always singular? Because Pinchas was a zealot, always seeking the truth and it stands to reason that very few people would be attracted to him.”

The Oath Of A Saint

There was once a rich chasid who would visit the old Rebbe of Shipula who was known as the Saba of Shipula. The man would always ask the Rebbe to daven on his behalf, that he and his family have a child.  The Rebbe would never answer him.

One day, while the Rebbe was occupied with communal affairs, the man entered and again pleaded that the Rebbe pray for him.

“Please leave me alone now,” said the Rebbe. “I have important community matters to take care of. Come back another time.”

But the man would not be put off and said, “I am sorry but I will not budge from this place until you promise that you will pray that my wife give birth to a child.”

The Rebbe became angry and exclaimed, “Because you are pushing your luck and bothering me, I swear that you will never have a child! You will always be childless.”

The man was shocked and left the Rebbe with a bitter heart. He vowed never to visit the Rebbe again.

Some time later, the man had the occasion to travel to Koretz on business matters. He entered the beit midrash of Rabi Pinchas where he was giving a shiur.

When the Rebbe completed his learning he walked over and greeted the man. Now, Rabi Pinchas was a poor man and he barely earned enough money to feed his family. Many a day there was no food in the house, and they would go hungry.

Greeting the man, Rabi Pinchas invited him to his home, pointing out that the meal would be slim. In the Rebbe’s home the rich man saw the poverty and deprivation that they were forced to endure. Calling the rebbetzin aside, he said to her, “I would like to be your guest for Pesach. Your husband is a holy man and I would enjoy being in his company for the holidays.”

“But we have so little to eat,” the woman sighed. “We barely have enough to feed our children, let alone strangers.”

“You needn’t worry,” replied the man. “I am very wealthy. Here is enough money to buy all the necessary things for the holiday. Also buy yourself and your husband new clothes in honor of the Yom Tov, including a new kittle. Maybe, in the merit of helping you I too, G-d willing, will be helped.”

Thinking he must surely be Eliyahu HaNavi, the woman thanked him profusely. While Rav Pinchas was surprised that his wife wasn’t coming to him for money, he was happy to be sitting and learning Torah.

The ﬁrst night of Pesach arrived, and when Rabi Pinchas arrived home he was pleasantly surprised to see his table brilliantly lit up and more food than he had ever seen.  He looked at his wife in wonder and asked, “Where did you get all this money to buy so many things?”

Pointing to the guest standing in the corner, she said, “This man who will be with us for the sedarim was kind enough to advance me all this money.”

Rabbi Pinchas began the seder with happiness and joy and a song on his lips. Glancing sideways at his guest he noticed that he was very sad. He turned to him and said, “The Talmud teaches us that you cannot serve G-d unless you are happy. It is for this reason that we pray every day in Shemoneh Esrei ‘Remove from us grief and suffering and reign over us, Lord, You alone, in loving kindness and tender mercy.’

“Only when there is no grief or suffering can G-d have mercy upon us and grant us our requests. You have been so kind to us, tell us what is bothering you. Perhaps we can pray to G-d on your behalf.”

The guest sighed and replied, “My wife and I have no child to gladden our hearts and home.”

“Cheer up,” replied the Rebbe. “A person who is kind and gives so much charity must have great merits in heaven. If I have any merit in heaven, I do hereby swear that G-d should apply this to you and next year you will be enjoying a child in your arms.”

Legend has it that this caused a great commotion in the heavenly court. Two pious people, the Saba and Rabi Pinchas, both swore oaths that are opposite of each other. Whose oath should they fulﬁll? It was then decided that the oath of the person who never swore previously, even on the truth, should be fulﬁlled.

Upon examination it was found that Rabi Pinchas was the only person in his generation who never swore or uttered a false word. Therefore, his oath was fulﬁlled.

The following year the man and his wife were blessed with a son. 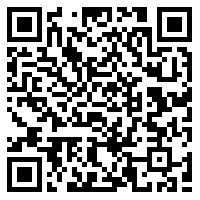