This week’s Torah portion gives us a curious mitzvah. It tells us not to add or subtract to the commandments (Deuteronomy 13:1). This seems to go against the idea of the ongoing development of Jewish law on the part of the rabbis (Deuteronomy 17:8-13).

Consider, for example, one of the dietary laws. The Torah states that one may not eat meat and milk together. The rabbis take this prohibition and extend it to include the consumption of fowl and milk. Does this extension violate the prohibition of adding to the Torah?

Rambam feels this in fact may be the case. He codifies that if one maintains that fowl and milk are enjoined by Torah law, this extension is a violation of adding to the Torah. However, if the rabbis declared that as an added precaution, because of the similarity between fowl and animal food, fowl together with milk is rabbinically forbidden, then including fowl as a rabbinic prohibition is perfectly legitimate (Laws of Mamrim 2:9).

This idea helps explain a well-known midrashic comment on the Garden of Eden narrative. According to the text of the Torah, Eve tells the serpent that God had commanded that the tree of knowledge not be touched. Eve, however, adds to the decree. As the Midrash explains, God had only forbidden eating, not touching. The serpent then pushed Eve against the tree, declaring, “as you have not died from touching it, so you will not die from eating thereof.” In the words of Rashi: “She added to the command [of God]. therefore, she was led to diminish from it” (Rashi, Genesis 3:3,4).

One could argue that Eve acted properly; after all, she, like the rabbis, only tried to protect God’s commandment by extending the prohibition to touching. Her mistake, however, was saying that God had actually issued such a command. She should have declared that while God forbade eating from the tree, she decided as a precaution – as a “fence” around the law – not to touch it as well.

Thus, rabbinic law is pivotal. Still, it is important to understand which laws are rabbinic and which are biblical in nature.

One final note: Separate from rabbinic legislation and interpretation is the halachic realm of chumra. Chumra is imposing a very stringent observance of the law. While stringency can elevate spirituality, it is essential to know when a practice falls into the category of chumra and when it does not. Failure to make this distinction can often lead to the chumra becoming the only accepted practice. This can be dangerous because it can lead to a lack of understanding and intolerance of the sometimes-wide range of practices within a certain rabbinic law.

So rabbis can extend the laws when there is a critical need, but they must do so with the realization of their responsibility not to blur the lines set out in the Torah.

Throughout the ages rabbis have done so with the hope that their interpretations and legislations will bring people closer to God and to one another.

Parshas Reeh: Give With Faith

The Parsha Experiment – Re’eh: Why Would Anyone Want to Worship Idols? 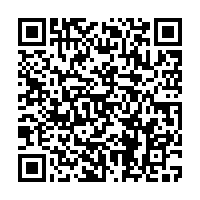