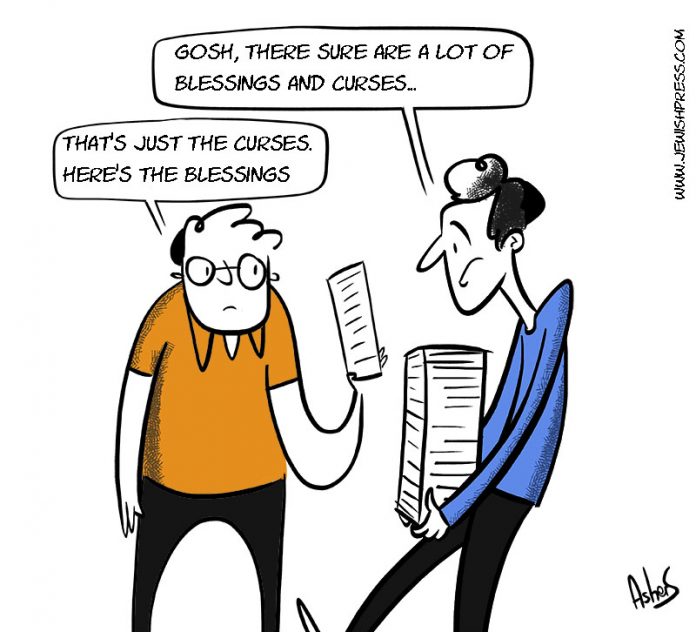 Israel’s deep spiritual connection to our homeland – like the connection of the soul to the body – transcends all rational human understandings.

Parshat Beḥukotai describes the consequences that result when Israel betrays our mission.


“The survivors among you – I will bring weakness into their hearts in the land of their foes; the sound of a rustling leaf will pursue them, they will flee as one flees the sword, and they will fall, but without a pursuer. They will stumble over one another in flight from the sword, but there is no pursuer; you will not have the power to withstand your foes.” (Vayikra 26:36-37)

It is in this Divine curse that the Torah reveals the disgrace of Israel’s exile. And history can attest to the truth of these verses. Outside of our homeland, the once heroic nation of Israel was reduced to vulnerable migrants wandering through foreign lands.

Unable to resist the persecution we suffered in the Diaspora, Jews fell into a cycle of cowardice and victimization. We were treated as vermin, easily exterminated without a fight. Israel’s survival became largely dependent upon the benevolence of our neighbors and we were conditioned to accept our shameful status as an uncontested reality.

Israel’s downtrodden state in the exile distorted our concepts of kedusha and stripped us of our former valor. The Jewish people’s self-image was severely damaged by the cruelty of host nations to the extent that we began to see ourselves as naturally incapable of defense.

Many “pious” Jews even began to view traits of courage and heroism as foreign to our culture, as if Israel were by design physically inferior to other peoples. This mentality of learned helplessness grew in Jewish hearts to the point that many were fearful at even the slightest sign of tension with neighboring gentiles.

Due to the tremendous suffering Israel experienced at foreign hands, the once proud Hebrew nation developed a low soul – a slave mentality that made us fearful of even “the sound of a rustling leaf.” The great valor that had characterized Israeli fighters in ancient times was forgotten as we wandered the globe as a national ghost through history – a broken people perpetually searching for safe refuge.

But just as the Jewish people were stripped of our former honor in the exile, the land of Israel was stripped of her illustrious beauty. She became barren without her soulmate to nurture her soil. Her great splendor had departed and she was reduced to an infertile wasteland.

The Curse on Eretz Yisrael in Parshat Beḥukotai
“I will make the land desolate; and your foes who dwell upon it will be desolate. And you, I will scatter among the nations, I will unsheathe the sword after you; your land will remain desolate and your cities will be in ruin.” (Vayikra 26:32-33)

According to the Ramban, the verse “your foes who dwell upon it will be desolate” is a partial blessing within the curse that guarantees through all generations that Eretz Yisrael will not receive any foreign sovereign in place of her rightful people. He points out that in the entire world, there are no other lands which were once good and bountiful but are now (in the lifetime of the Ramban) as desolate and empty as Palestine.

A century before Hebrew sovereignty was restored to Eretz Yisrael, the renowned American author Mark Twain visited the country and described it in The Innocents Abroad Or The New Pilgrim’s Progress as a “desolate country whose soil is rich enough, but is given over wholly to weeds – a silent mournful expanse… A desolation is here that not even imagination can grace with the pomp of life and action… We never saw a human being on the whole route… There was hardly a tree or a shrub anywhere. Even the olive and the cactus, those fast friends of the worthless soil, had almost deserted the country.”

While most of the Jewish people wandered through a dark and bitter exile, our homeland lay anguished in barren devastation. Although foreign conquerors tried to cultivate her once rich and fertile soil, the land was unwilling to provide for illegitimate rulers and remained unwaveringly faithful to her true native people.

Only with Israel’s miraculous return did the country once again resume productive life. In an astonishingly short time, the once harsh infertile land became a major world exporter of flowers, fruits and vegetables.

The reunification of Am Yisrael with Eretz Yisrael miraculously infused new life and strength into both. Only a few short years after the decimation of six million, Jewish remnants on our native soil stunned the world with unmatched military prowess. The Hebrew nation was reborn and our homeland returned to agricultural productivity.

The Connection Between Am Yisrael & Eretz Yisrael
Am Yisrael and Eretz Yisrael are inseparably connected in a bond so intimate that we even share the same name. Our deep spiritual connection to our homeland – like the connection of the soul to the body – transcends all rational human understandings. Our country is an intrinsic part of who we are and the foundation for our national mission in this world, as neither it nor we can attain full expression without the other.

Separated from the nation, the land is doomed to desolation (as was the case for nearly two thousand years). Similarly, the Jews outside our borders are not the essential Hebrew nation but rather a deformed shadow of our true inner potential – a wandering people miraculously able to hold on to our individual “Judaism” without possessing any tangible concept of peoplehood.

But when properly situated in our ancestral homeland, Israel becomes the healthy living nation that brings the knowledge and blessing of HaShem to mankind.

The Maharal of Prague teaches in Netzaḥ Yisrael that, like the orbits of the planets in space and the importance of oxygen for human beings, Hebrew sovereignty over the land of Israel is a natural necessity built into the system of Creation.

When Israel is living as an independent nation in our homeland, the entire world becomes healthy. The heart of humanity is in place and able to channel Divine life and blessing to all existence. It has been in opposition to the laws of nature inherent in Creation for Israel to be separated from our beloved country. Like a ball thrown up in the air that must come down, Am Yisrael must return to sovereignty over our land.

Nature corrects itself as we return home and the Torah now aspires – for the first time in nearly two thousand years – to be lived on a national level that infuses kedusha into every sphere of life. And as nature self-corrects and history progresses forward, our liberation will advance toward the full redemption of humankind. 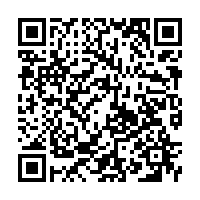