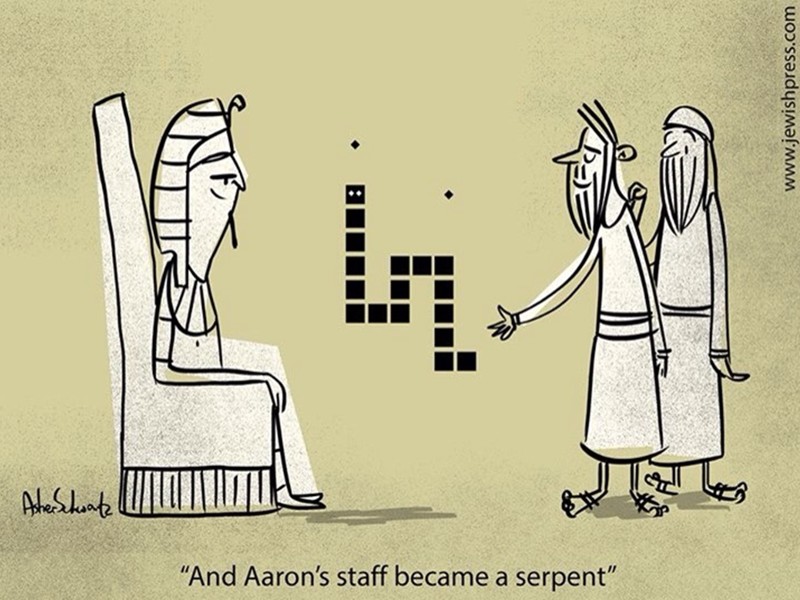 It is through the story of Israel, as it unfolds throughout time, that humanity sees history as possessing Divine meaning and purpose.

The culture of Egypt had dominated the world, casting its dark and oppressive shadow over all of civilization while abandoning all hope for any ethical or moral progress.

Ancient Egyptian philosophy pictured life as fixed and recurrent cycles of materialism determined by the immutable laws of nature that all human endeavors must serve. Their gods were the sun, the Nile and the animals. The sun created the cycle of the year. The Nile provided water and was the source of life. The animals represented the basic fundamental life forces. This comprehensive perspective was the very basis of ancient Egyptian civilization.

The danger of this idolatrous worldview was that it related to human beings as nothing more than products of nature.

Trapped in the matrix of natural law, man was seen as having no choice but to go with the inexorable flow of reality. Although acknowledging that man possessed the ability to make decisions, Egyptian philosophy claimed that those choices were in essence no different than those of a beast. Human psychology – our desires, motivations and weaknesses – was viewed as a product of nature.

Negative emotions such as anger, jealousy, lust and the will to dominate others were understood to be natural and ordinary features of existence, prompting man to live no different from the animal predators that devour and plants that overrun their weaker competitors.

The world was seen to reach a natural ecology of forces in conflict, balanced between the strong and the weak – the masters and the slaves.

This suffocating paradigm imprisoned the spirit of man in an absolute bondage to the fetters of nature, with no possibility of breaking free and transcending its restrictive boundaries. All of humanity’s higher yearnings were denigrated and debased under the pernicious influence of this toxic worldview until mankind was entombed in pyramids of darkness and spiritual decay.

Egypt is referred to as the “house of bondage” not merely on account of its large slave population. Egypt was a “house of bondage” through and through. All were mentally enslaved to the fixed laws of nature that determined the fate of individuals and groups alike. No slave even imagined that escape from bondage was possible because slavery was simply a condition of life.

While one can assume that over the course of thousands of years, other geopolitical factors might have led to Israel’s freedom, this is actually not the point our Sages are making. Had HaShem not taken us out then, we would have remained slaves in our essence. Human civilization would have remained stagnant, sunk in the mire of Egypt’s slave mentality. Even had Egypt’s dominance on the world stage declined later in history due to natural circumstances, the Pharaonic worldview would have continued to dominate the thinking of man.

When the Kadosh Barukh Hu dispatched Moshe and Aharon to demand that the Hebrews be permitted to serve Him in the wilderness, the Egyptian monarch responded with contempt. Pharaoh not only rejected the demand to send out his slaves but also denied the very existence of HaShem.

The Egyptian view of life limited his ability to fathom a Divine Author and purpose to history. The Creator then informed Moshe what would transpire next.

Due to his ability to enslave and persecute the Hebrew tribes, Pharaoh was certain that there was no G-D of Israel. To him – as to most of Israel’s persecutors throughout history – the very degradation of the Jewish people appeared as proof of the Kadosh Barukh Hu’s weakness or non-existence. The ability of gentiles to persecute Israel is the ultimate profanation of HaShem’s Divine Ideal, which is inseparably connected to Israel’s stature on the world stage. Even in a situation where the Jewish people are guilty of serious transgressions, our honor is still intrinsically united with the honor of the Holy One.

The main purpose of the plagues was to reveal the Divine unity of HaShem’s Oneness over all and to show that there is actually value and meaning to human history. In order that the worldview of the Egyptians be shattered, it was necessary that they directly experience HaShem’s power.

“‘For this time I shall send all My plagues against your heart and upon your servants, and your people, so that you shall know that there is none like Me in all the world. For now I could have sent My hand and stricken you and your people with the pestilence and you would have been obliterated from the earth. However, for this have I let you endure, in order to show you My strength and so that My Name may be declared throughout the world.’” (Sh’mot 9:14-15)

The plague of hail is described here as “all My plagues” because it begins the collapse of Egyptian faith in false gods. Because the purpose of the plagues was to free humankind from an idolatrous worldview and reveal that everything in Creation is subordinate to HaShem, Pharaoh was permitted to survive the previous plagues only in order that he would be forced to recognize HaShem’s sovereignty over all and proclaim it to the world.

“‘You still tread upon My people, not to send them out. Behold, at this time tomorrow I shall rain a very heavy hail, such as there has never been in Egypt, from the day it was founded until now. And now send, gather in your livestock and everything you have in the field; all the people and animals that are found in the field and are not gathered into the house – the hail shall descend upon them and they shall die.’ Whoever among the servants of Pharaoh feared the word of HaShem chased his servants and his livestock into the houses. And whoever did not take the word of HaShem to heart – he left his servants and livestock in the field.” (Sh’mot 9:17-21)

The sanctification of G-D’s Name – His Ideal for this world – comes about through the revelation of His might and the degradation of false deities. The plague of hail was the first time HaShem granted the Egyptians an opportunity to spare themselves. Through the very experience of making such a choice, they would have essentially been rejecting the Pharaonic worldview. Were they to heed Moshe’s warning, it would have constituted acknowledgment that the Kadosh Barukh Hu encompasses and directs everything in existence and that their false gods would be powerless in protecting them from His plagues. The Egyptians would only be saved through abandoning their faith in idols, transcending their society’s worldview and acknowledging HaShem’s all-encompassing sovereignty over all.

According to Rabbi Avraham Yitzḥak HaKohen Kook, Israel’s Exodus marked “the springtime of the entire world” because out of the darkness of Egypt burst forth the Light of HaShem. Through the birth of Israel and the civilization we are meant to create, mankind would discover that it is possible to establish a strong and prosperous nation founded on eternal values of morality, justice, purity and Divine good beyond what the limited human intellect is able to conceptualize.

With the liberation of the Hebrew tribes from the bondage of Pharaoh and the revolt against further servitude to mortars and bricks, the world saw that there was Divine value to history, a Guiding Hand ruling over the forces of the universe, and that it was in the power of mankind to rise up and transcend its baser instincts and passions.

Because HaShem is the timeless and boundless ultimate Reality that encompasses yet is beyond all existence, ascribing any genuine power to false deities or human rulers prevents one from truly recognizing His Divine unity over all. Viewing idols or human rulers as having any power independent from HaShem therefore diminishes our awareness of G-D’s Oneness and profanes His Name.

It is through the story of Israel, as it unfolds throughout time, that humanity sees history as possessing Divine meaning and purpose.

Because the children of Israel are the earthly human expression of HaShem’s Ideal in this world and the weakness of the Jewish people appears to the nations as the weakness of our G-D, Israel must strengthen our resolve and advance our national mission without fear of human rulers or the power they ostensibly wield. The Jewish people must stand strong against those seeking to obstruct the attainment of our aspirations. We must bring this world to its destiny of ultimate good through establishing the Hebrew Kingdom that will manifest HaShem’s Ideal while shining blessing and light to all of Creation from Jerusalem. 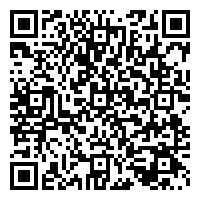