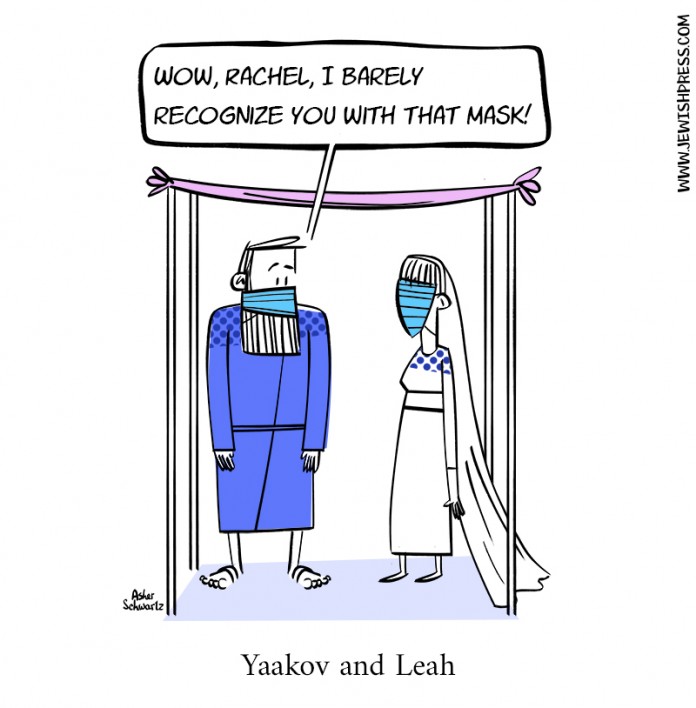 A man must be constantly vigilant to speak and behave in a manner that brings happiness and comfort to his wife (or wives in Yaakov’s case).

“Raḥel saw that she had not borne children to Yaakov, so Raḥel became envious of her sister; she said to Yaakov, ‘Give me children – otherwise I am dead.’ Yaakov’s anger flared up at Raḥel, and he said, ‘Am I instead of G-D who has withheld from you fruit of the womb?’” (B’reishit 30:1-2)

These verses illustrate a major distinction between the personalities of Rivka and Raḥel. Throughout twenty years of infertility, Rivka never once complained to Yitzḥak. Even during the troubles with her eventual pregnancy, she took her concerns not to her husband but to HaShem.

Raḥel, on the other hand, appears to have taken her grievances to Yaakov, who in turn responded harshly.

Rashi interprets Yaakov’s words to have meant: “You say that I should act like my father but I am not like my father. He did not have children but I do. HaShem has withheld children from you, not from me.”

The Maharal of Prague teaches in his Gur Aryeh commentary on Rashi’s explanation that “The Midrash cited by Rashi (B’reishit Rabbah 71:19) places Raḥel’s demand within the context of asking him to pray for her. The Ramban wonders why Yaakov should have been angered by this request? Do not the righteous pray for others? Consider Eliyahu (Melakhim I 18:21) and Elisha (Melakhim II 4:33), who prayed on behalf of strange women. The Ramban answers that Yaakov was insensitive and behaved poorly towards his distraught wife. And for this HaShem berated him, saying: ‘Is this the way to answer an aggrieved person?! By your life, your children (by your other wives) are destined to stand humbly before her son Yosef!’ (B’reishit Rabbah 71:10).”

And so it was in Egypt that all of Yosef’s brothers did in fact bow before him.

Another way of understanding this episode could be that Yaakov was at fault for Raḥel’s inability to bear children due to his lack of affection for Leah. “HaShem saw that Leah was unloved, so He opened her womb; but Raḥel remained barren.” (B’reishit 29:31)

The Kadosh Barukh Hu saw Leah’s pain and therefore balanced the situation by allowing her and not the favored Raḥel to conceive children. Yaakov should have understood that since Leah had become his wife, it was not merely an accident or injustice imposed on him by Lavan but actually the Divine will, and he should have worked harder to make her feel loved. But because he refrained from doing so – at least at this early stage in their marriage – Leah gave birth repeatedly while Raḥel remained childless. From this perspective, one can say that Yaakov could have been more helpful to Raḥel by working harder on his relationship with Leah.

The Talmud (Ketubot 62b) relates the story of Rav Raḥumi, who would learn Torah with his teacher Rava for long periods of time but would only return home to his wife on the eve of Yom Kippur. One year, he became so preoccupied with his studies that he neglected to come home. His lonely wife, waiting expectantly for her husband, eventually became grief stricken and began to cry. As the first teardrop left her eye, the roof of the study hall collapsed and killed her husband.

This story teaches a valuable lesson that men must be vigilant in safeguarding the feelings of our women. Because Rav Raḥumi neglected his wife, it appears that HaShem in turn neglected the merits of his learning. We can derive from this story the supreme importance of bringing joy to the women in our lives. By hurting one’s wife, a man is actually distancing himself from his Divine Source.

An important aspect of the Hebrew mission is to emulate the Kadosh Barukh Hu to the best of our abilities. Just as He is sensitive to the feelings of our women, so should we also strive to be sensitive. It must therefore be central to a man’s agenda that he speak and behave in a manner that brings happiness and comfort to his wife. A man is a conduit of life, health and blessing from HaShem. If he chooses to be an open channel, he is constantly giving joy while simultaneously receiving it. But if he closes the channel and refuses to give, everything shuts down and life becomes difficult.

The Maharal continues by offering a defense of Yaakov (and Rashi): “Yaakov might have been justified. The patriarchs are the foundation of the world (Gur Aryeh 32:3[2]), and the tribes, Yaakov’s twelve sons, are the main spiritual essence of the world, each of which is the main reason for Creation. These children are not like other children and HaShem intended who the mother of each should be. Yaakov did not wish to alter the matter with tefillah, unlike his father who knew all his progeny would be from his only soul mate, Rivka.”

But regardless of whether or not Yaakov’s reasoning was justified, it appears he should have been more careful regarding how he expressed himself. Our sages point out that HaShem took Yaakov to task for his insensitivity, teaching us that serious attention must be paid to the feelings of our women. Only by learning to make the individuals in our lives happy can we become capable of giving love to the entire Jewish people. And only once we are able to express a limitless love for all of Am Yisrael can we succeed in blessing humanity and shining our light from Jerusalem. 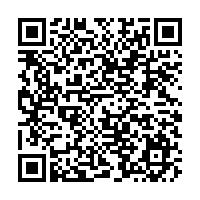