Our Sages tell us that the apex of Yom HaKippurim in the Bais HaMikdash was when the Jewish Nation witnessed the miracle of the “red thread.” Although there was no special mitzvah to be present at the Temple on Yom Kippur, many came for the express purpose of seeing this miracle. As part of the Yom Kippur service, two identical goats were brought before the High Priest. Lots were drawn and one was selected to be a sacrifice. The second would be sent into the desert, to its death, after the High Priest confessed the sins of the nation over it. A red string was divided in two; one half was tied to the horns of the scapegoat, and the second half was hung by the opening of the hallway leading to the Sanctuary. If the service was accepted by Hashem, and the nation was forgiven, both parts of the red string would turn white, and the people all rejoiced.

We read in Shir HaShirim (4:3), “Like the red thread … is the sincerity of your lips … as many as a pomegranate’s seeds are the merits of your unworthiest …” It is explained that the prayers of the simplest person have a tremendous impact on the Heavens, for even the most undeserving person is filled with mitzvos like the pomegranate.

Why is the aravah, the simplest of all the species, designated as the powerful means of achieving atonement on Hoshannah Rabbah?

The Klausenberger Rebbe observes that the victor in war is the one who administers the last blow. For 51 days, from Rosh Chodesh Elul to Hoshannah Rabbah, we are at war with the yetzer hara (Evil Inclination). On this last day of battle, when our fate is delivered, it is only fitting for the aravah to defend us before Hashem and strike the last blow.

The Sfas Emes expounds that it is precisely because of the aravah’s paucity of Torah and good deeds that it can effectively inspire mercy for the Jewish Nation. Throughout the week of Succos the empty-handed aravah tenaciously clings to the esrog, lulav and hadas in order to share in the close relationship with Hashem. Now bereft of the others, the aravah comes before Hashem in its own service. A Jew who recognizes that he may lack merits, like the aravah, yet prays to Hashem because he has the will and desire to cling to Hashem – his prayers will be answered.

A group of young men who were just discovering Yiddishkeit were listening to a shiur on the Tractate of Megillah. As soon as the rebbi read the first line, “The megillah is read,” one of the students interrupted.

“What is a megillah?” he asked, and the rebbi explained it was a scroll written on a klaf – the hide of an animal.

“What does the hide of an animal have to do with a megillah?” asked the young man. Each question was answered, and there were many questions. The young man did not know anything, but he had a great thirst to understand. He was not embarrassed to ask, and he often remained after class to review the lesson, to make sure he had understood everything.

After a number of weeks, there was a marked change. He no longer came to class in casual attire, but he dressed more like a student in yeshiva. He minded the rebbi’s advice not to go too fast, lest he slip in his haste. He assured the rebbi that he would remain steady and on course.

Some months later, the young man – who hadn’t known what a megillah was only a few months earlier – notified the rebbi that he would be making a siyum on the tractate. He wanted the rebbi to join him in his father’s house for the seudas mitzvah. “If you want to see the personification of one who denies the existence of Hashem, come and meet my father,” he told the rebbi.

Although the rebbi was apprehensive about his reception, when the father learned that his son was a chozer b’teshuvah because of him, the young man insisted that he would not begin the siyum until the rebbi arrived. The room was filled with his fellow students, neighbors, and people from the shul that the young man frequented, when the father walked in, head uncovered, and sat down at the table.

After reading the last few lines of the tractate, the young man gave a 40-minute drasha, replete with sources and midrashim, astounding everyone with the breadth of his knowledge. When he finished, he called upon his father’s brother to say a few words.

“Our parents were survivors of the war,” began the uncle. “They married late in life and had two children, my older brother and me. My older brother excelled in elementary school and everyone had very high hopes for him. However, in the second year of high school, he began his downward spiral. He eventually left home, abandoned the ways of Torah and severed all connections with us. Every Friday when my mother would light the Shabbos candles she would pray and cry for about 40 minutes. My father feared for her health and tried to calm her by reminding her that she had another son. My mother cried and prayed every Friday for eighteen years, but Yaakov did not come home. After she died my father continued praying on Friday afternoons for forty minutes, and when he died, he requested in his will that I continue to pray for my brother, which I did.

“Today I received a phone call from the son of Yaakov that he is making a siyum on Megillah. When I heard his forty-minute drasha I knew that all our prayers had not remained unanswered. Even if it seems that nothing is being accomplished one should not despair.”

There wasn’t a dry eye in the room. Even Yaakov began to cry, tears of regret and repentance. Indeed, it is impossible to describe the genuine joy and simcha of father and son, true baalei teshuvah, when Yaakov’s son married months later. 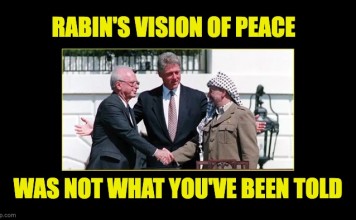 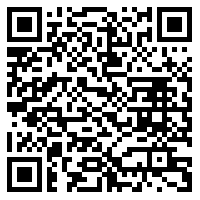