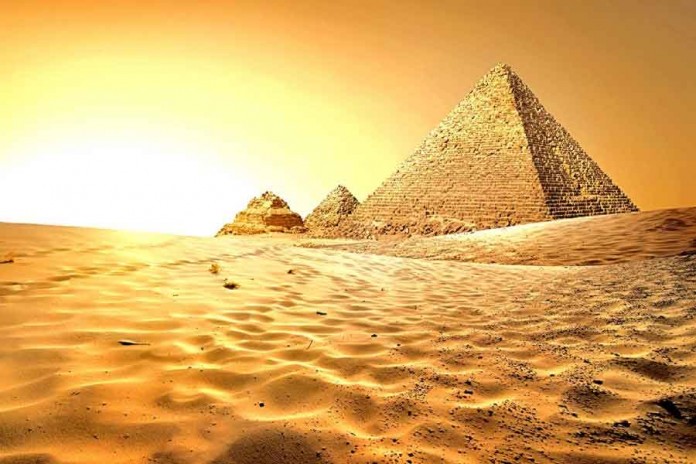 Although Bnei Yisrael followed Yosef down into the galut of Mitzrayim already a couple of weeks ago, according to the Ramban in his introduction to Sefer Shemot the theme then was the establishment of the nation of Israel as the culmination of the story of Creation. Now, with this week’s parsha we begin our study of the galut itself, the prototypical exile which offers the paradigm for all future exiles.

Indeed, as Yaakov well knew upon departing for Mitzrayim, he would not return in his lifetime nor would his descendants return until they had fulfilled the unpleasant aspects of the prophecy given to Avraham at the Brit bein habetarim, the covenant between the parts. “You should know,” Hashem tells Avraham, “that your children will be strangers in a strange land. They will be enslaved and tormented for four hundred years. But the nation that enslaves them will also be judged by me, after which [your offspring] shall go out with great wealth.” (Bereishit 15:13-14).


So our haftara this week deals with threats and premonitions of exile, making it heavy reading suitable to the period of “Shovavim” that begins this week for followers of the Arizal. Actually, the Sefardim and Ashkenazim read different portions for the haftara this week. These portions seemingly have little to do with each other or with the parsha. As we did last year, we will delve a little bit into the elements they all have in common in order to better understand what Chazal are looking for us to glean from the public readings this week.

The Sefardim read the opening passages of Sefer Yirmiyahu and the stirrings of the message of the impending doom of the kingdoms of Israel and Yehuda. The Ashkenazim read the warnings of the navi Yeshayahu as he witnesses the moral and spiritual corruption that is sowing the seeds of that doom. There are passing references in both haftarot to Mitzrayim, to the redemption out of bondage and to the loyalty of Israel, but this is for allegorical effect mostly and to juxtapose the generations present in the lives of the prophets to the one which was redeemed. The contemporary generations are found wanting in the comparison, and this is the persistent theme of both haftarot. Israel is deserving of her exile because it is brought on by her own wantonness.

In the Ashkenazi haftara, the navi Yeshaya tells us that the lost ones will return from Ashur and those who wander from the land of Mitzrayim (Yeshayahu 27:13). The Meshech Chochma points out that throughout Tanach, rebelliousness and heresy are associated with Ashur and licentiousness with Mitzrayim. Thus the idolators are “lost” spiritually in Ashur and the wanton ones are wandering in Mitzrayim. At the time of the final redemption, they will also return to Yerushalayim and prostrate themselves at the holy mountain, Tzion – they will acknowledge Hashem and forswear their lustfulness.

The Perush HaRokeach on the Ashkenazi haftara sees the end of all the exiles encoded in this warning about the destruction of the first Beit HaMikdash. In the phrase “as with the slaughter of those slaughtered he slaughters” (Yesh. 27:7), he finds an anagram for Gog and Magog. That wicked king and his nation will try to slaughter Israel, but in the end they will be slaughtered.

A few verses later (ibid. 12), we read of the abandonment of the crops of the Nile as Hashem lovingly collects each fallen sheaf of Israel. This, says the Perush HaRokeach, refers to the terrible massacres of the lands of Edom from which Israel will be saved. This will be in the merit of the blowing of the shofar (ibid. 13), signifying the observance of Rosh Hashana and the coronation of G-d as king of the world.

Later in the haftara (ibid. 28:5), we again find language suggestive of a clarion call (tzefirah) but more commonly understood in its context as a woven or embroidered diadem to accompany the crown that G-d is as He sits on the brow of His people or on the crest of the Temple Mount. But here again the Perush HaRokeach sees an anagram for Torah (the crown, the weaving, and also the trumpet’s call) – the secret formula for the ultimate redemption of Israel from all our exiles.