The state of Illinois on Wednesday divested its pension funds of investments in Unilever in response to the conglomerate’s subsidiary ice-cream maker Ben & Jerry’s announcement last July of banning the distribution of its products in the “occupied Palestinian territory.”

The unanimous vote by the 7-member Illinois Investment Policy Board followed a 90-day review that concluded the Vermont-based company violated Illinois’ policy prohibiting investments in companies that support the Boycott, Divestment, and Sanctions (BDS) movement.


Chicago’s Jewish Community Relations Council tweeted on Wednesday it was “saluting IL Pension Board vote to divest its portfolio from Ben & Jerry’s/Unilever. This faithfully fulfills the intent of a unanimously-voted law, synchs our state’s investment policies with our values, and puts the chill on the idea that ice cream virtue-signaling promotes peace.”

Roz Rothstein, CEO and co-founder of StandWithUs, tweeted ecstatically: “It was unanimous today!! Thank you to the Illinois Investment Policy Board for voting to Divest State Pension Funds from Unilever (because of the Ben and Jerry’s boycott). 7 to Zero.”

Jewish Federations of North America Chairman Mark Wilf said the vote was “an important milestone against attempts to apply double standards and delegitimize the Jewish state,” and the Conference of Presidents of Major American Jewish Organizations suggested Unilever should “exercise its contractual right to overrule the misguided decision” – the one Ben & Jerry’s made. 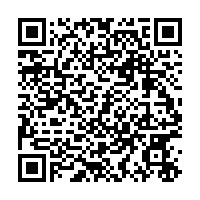