Home Judaism Parsha Are Tzaddikim Necessarily Role Models?
Share on Facebook
Tweet on Twitter
Photo Credit: courtesy Sotheby's
The Torah tasks human beings with being holy because G-d is holy, and thus apparently to be holy in the same way that G-d is holy.  How can this be?  Holiness means separation, and the holiness of G-d means precisely that He is so separate from us as to be inimitable?!
Rav Yonatan Eyebeschuetz in his Tif’eret Yonatan explains that G-d has three levels of holiness (kadosh, kadosh, kadosh), and human beings can imitate only the first two. The third level of holiness is utter simplicity (separation from compositeness), whereas human beings are irredeemably compound.  Human holiness therefore requires a composite, the national collective.  This explains why Mosheh Rabbeinu must relay G-d’s command to be holy to the entire community, “kol adat benei Yisroel”. This also explains why saying devarim shebikedushah requires a minyan, i.e. a symbol of the collective.
Rav Eyebeschuetz then cites Ramban’s famous understanding of the imperative to “be holy” as requiring us to “sanctify ourselves within the permitted” by avoiding actions that are within the letter of the Law but against the spirit of holiness.  (The spirit of holiness is distinct from the spirit of ethics – Ramban derives an obligation to avoid technically legal actions that violate the spirit of ethics from “va’asitem hayashar vehatov”.) The spirit of ethics is defined as separation from the physical, such as avoiding excessive marital sex or eating or the use of scatological or pornographic language.  Does this mandate as well have an essentially communal aspect?
Rav Eyebeschuetz contends that it does.  One should only engage in acts toward holiness in a manner which would be sustainable if universalized.  Here he cites the phrase “Torah im derekh eretz” to allude to the controversy between R. Yishmael and R. Shimon bar Yochai as to whether one should encourage people to spend their time exclusively in Torah study and trust that G-d will provide their material needs.  The Talmud records that “many tried the way of R. Shimon bar Yochai and failed”. R. Eyebeschuetz understands this to mean that not only is this approach is an unfair expectation for the masses, it is also an inappropriate aspiration for the elite.
Ramban’s interpretation stands, but with an added cautionary note. A person must not seek, for example, to limit his or her own marital intimacy to a level below that which an ordinary person would deem necessary for physical and psychological health, regardless of one’s own ascetic capacities.  This require aspiring ascetics to have a deep sense not only of their own limits, but also those of ordinary people.  I have concerns about whether this is realistic, as in my experience ascetics are more likely to believe that everyone could reach their level with sufficient effort.
The claim that one should not even aspire to holiness that wouldn’t work communally seems a close parallel to Immanuel Kant’s notion that an action can be ethical only if it is universalizable, meaning if one would wish every human being to behave in exactly the same way given the same circumstances. I wonder if Rav Eyebeschuetz would set the same limit on going lifnim mishurat hadin (beyond the line of the Law) in the realm of ethics.
I also wonder whether R. Eyebeschuetz is correct that in asserting that “holy” actions need to be universalizable.  Such a model leaves no room for in our culture for certain kinds of tzaddikim, whom for lack of a better word I will term saints.  This may be dangerous for two reasons. First, it may unnecessarily limit and frustrate the spiritual aspirations and capacities of people who are capable of extraordinary asceticism.  These people are likely to leave, or worse, to form breakaway sects.  Second, it creates a presumption that all tzaddikim are reasonable role models.  In my experience, it is important to recognize how wrong this presumption can be.
An alternate model would support substantive spiritual diversity.  People are different, and one person’s healthy religious expression may be another’s anorexia or OCD.  We can appreciate a tzaddik’s limiting their eating to the strictly necessary, or taking an hour to say keriat shema, or wearing multiple pairs of tzitzit.  But at the same time we can recognize that not only do we not all have to behave this way, we should not even aspire to.
An excellent framework for this model is Maimonides’ distinction (in Hilkhot Deot and elsewhere) between the chakham and the chasid.  Chakhamim follow the Golden Mean and seeks to express in action the midpoint of each character axis, such as generosity/prudence. Chasidim, by contrast, tend toward one extreme or the other in behavior.  Sometimes this is part of a plan to eventually achieve equilibrium at the center, so they are really aspiring chakhamim; but sometimes it is a true expression of the balance of their soul.  A healthy religious society has room for both chakhamim and chasidim, but knows that the latter are generally more to be admired than imitated.  Moreover, chasidim who lack profound self-awareness should never be entrusted with any sort of power.
Advertisement 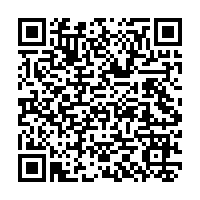