Our haftara parallels the parsha, each telling of the passing of a great leader of Am Yisrael: Avraham Avinu and David HaMelech. But a closer inspection reveals another connection – between two of the most beautiful women who ever lived (Sanhedrin 39b): Sara Imeinu and Avishag the Shunamite. This, in turn, connects to the previous haftara because according to Pirkei d’Rabi Eliezer (33:4), Avishag was the sister of the Shunamite woman whose son was restored to life by Elisha. The Midrash describes the incredible self-mastery displayed by these great tzadikim when faced with the exceptional beauty of their consorts. Unfortunately, we also learn that most men were not able to restrain themselves so well.

Of Sarah we know that her beauty, as legendary as it was, was only one small fragment of her greatness. The well-known Rashi on the beginning of the parsha juxtaposes her wisdom, her beauty, and her innocence. Of the two Shunamite women, we know considerably less. The Shunamite woman for whom Elisha performed miracles is described by the navi as a “great woman.” One explanation for this suggests an inversion of the character of the men whom, we have already seen, have difficulty controlling their wandering eyes.


Of Elisha we learn that no woman could look upon him and live. The Chida compares this to Nadav and Avihu who beheld the Divine presence and perished, or the exhortation in the Gemara in Chagiga not to stare at the rainbow. By this reading, Elisha was so compelling to look at and so full of holiness that women would be drawn to stare at him until they perished from the overload of Divine light in his countenance.

But not so the Shunamite woman – she understood the danger and she restrained herself, and she also built a special room for Elisha to stay in so as to protect the other women. On the other hand, we learn from Vayikra Raba that Gechazi had to describe the woman because Elisha also restrained himself from gazing upon her beauty. It is from the power of this mutual modesty that so much of the miraculous derives (and incidentally also the prophet Ido who was born of the blessing of Elisha).

But what of Avishag the Shunamite, whom Rashi identifies in the name of Pirkei d’Rabi Eliezer as the sister of the other Shunamite woman whom we met last week? There is a significant gap in age between the Shunamite from our haftara and the one in the previous account. Some commentators are inclined to understand the sisterhood allegorically, but the consensus seems to be in favor of the literal interpretation.

Avishag certainly was at a disadvantage seeking to observe the modesty for which her younger sister was acclaimed. She first appears as the consort selected to warm the elderly King David in his final years. As the most beautiful woman of her generation, she finds herself later at the center of dramas of succession and masculine displays of power. We learn from the Gemara that she came to feel betrayed that David HaMelech never married her.

We also see the difference between the great king of Israel and the wicked King Achashverosh, and their respective societies. The Gemara in Megilla (12b) contrasts the wisdom of David with the foolishness of Achashverosh. David sent his servants to find an innocent maiden to warm his bed; she was to be treated with the respect due a queen, and the Gemara says that all the fathers of daughters brought them out to meet the emissaries of the king. We also learn that David never touched Avishag inappropriately. Achashverosh, on the other hand, rounded up anybody that his servants found fitting, then abused and violated and ultimately abandoned all the young women except for Esther.

From this we learn the difference between a king of Israel and a king of the Nations of the World. 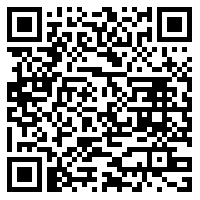