The United States of America, a country built on the foundations of morality and the values that ethical people hold dear, has always been supportive of Israel. Americans have overwhelmingly supported Israel, and their representatives in Congress have been even more supportive. While anti-Semites attribute American support of Israel to Jewish money, the truth is Americans support Israel over its enemies, and especially the Palestinians, because they see Israel as the more just actor in the conflict. Unfortunately, many Israel supporters and advocates understand the Israeli-Palestinian conflict without nuance. Their view of the conflict begins and ends with a good side and a bad side – Israel is the good side and the Palestinians are the bad side.


Nuance is crucial in political analysis. Nuance means that when examining an issue, different viewpoints are studied on the issue without assuming that there is only one correct way of viewing it. Using nuance is the most honest of approaches. To achieve nuance a person’s biases must be set aside. One must examine the benefits and drawbacks of each side of an issue. One must admit the flaws on their side and the virtues of the other side.

Nuance allows a person to maintain their position but understand someone else’s position as well. There are Israel supporters who claim that using nuance in the Israeli-Palestinian conflict weakens Israel’s positions because it gives credence to Palestinian claims. This argument is defensive in nature. Israel advocacy shouldn’t be defensive, and its arguments should be strong enough to allow for nuance and an understanding of our opponents, and even our enemies.

Jews are commanded to be rodef shalom (pursuers of peace). For thousands of years Jews have prayed for peace three, and sometimes four times a day. While many aspects of the Palestinian narrative are false, they still represent how Palestinians feel, and in order to make peace with the Palestinians we must become familiar with their feelings.

Education and journalism are two different professions, but they share one value – their goal is to inform their audience. A teacher informs their students and a reporter informs their readers or viewers. It is impossible for them to exclude their personal biases in their work, but if they strive for honesty they aim to limit their personal viewpoints as much as possible. When they advocate specific positions more than they inform their readers or students, they’ve converted their professions from education and journalism to propaganda.

When discussing the Israeli-Palestinian conflict, Israel’s supporters, journalists and teachers must teach the truth of the conflict. They must inform their audience of the faults of each side – but they must trust their audiences to be able to judge the just side of the conflict. Withholding viewpoints doesn’t serve their audiences’ interests – it hides truth from them. Israel’s supporters that hide information or viewpoints lose credibility and act counter-productively.

Israel’s supporters shouldn’t be afraid to discuss Palestinian perspectives – they should willingly share them. Israel’s advocates should be confident the Israel side of the conflict will be vindicated by hearing both sides of the argument. When one side hides the viewpoint of the other it isn’t only dishonest, it demonstrates a lack of confidence in their own convictions. Israelis, Zionists and Jews have no reason to lack confidence in their position: They are just. 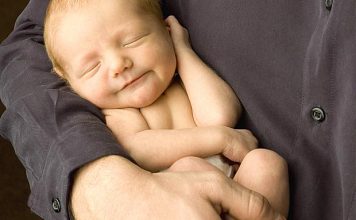 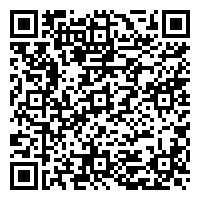