The purpose of the haftorah is for us to become familiar with insights and themes from the Navi. The goal of this column is to enhance that familiarity.

I will mention a word and you will relate (to yourself) the first words that come to your mind.

Can I guess what you thought of?

Wicked? Idolatrous? Story of Jews’ failure at the time of the Shoftim?

Well, all that is true. There was an idolatrous man during the Shoftim era with a famous idol, pesel Micha, that many Jews worshipped. But there was another Micha as well, the Navi Micha in Trei Asar, the Twelve Prophets. This Micha lived at the time of the more famous prophet, Yeshaya, at the time of the first Beis HaMikdash.

We read from the 5th and 6th perakim of Micha for this week’s haftorah and while sometimes the link between parsha and haftorah is not perfectly clear, here Micha mentions the episode of Balak and Bilaam attempting to curse Klal Yisrael and Hashem thwarting their plans. In fact, Micha helps us understand the true gravity of the threat a potential curse from Bilaam posed.

We may be tempted to read Parshas Balak as a quaint, if not comical story of two classic, almost cartoon-like characters trying to accomplish something and things never seem to go their way. But the way Micha describes the event, Klal Yisrael was in great danger and needed Hashem’s special salvation to escape the wrath of Bilaam.

Micha reports what HaKadosh Baruch Hu told him to tell Klal Yisrael as to why they should strengthen their service to Him. What are the “talking points” G-d wants mentioned? The miraculous splitting of the Yam Suf? The manna? Revelation on Har Sinai? The sun stopping in Givon? Nothing of the sort.

“I brought you out of the land of Egypt and redeemed you from the house of slaves. I sent Moshe before you [to lead you] and Aharon and Miriam with him. My people, please remember the terrible things that King Balak of Moav planned to do. And remember what Bilaam, Beor’s son, answered him. Remember your journey from Shittim to Gilgal. Then you will know [and remember] the righteousness of Hashem.” (Micha 6:4-5)

Apparently, from all the varied events Hashem could have wanted Klal Yisrael to recall the most powerful is the story of Bilaam’s curse.

Why? Aren’t the follies of Balak and Bilaam a harmless and almost entertaining event?

Though it may not appear this way on the surface, Bilaam had a strong relationship with Hashem. As the midrash writes (paraphrased from Tanna d’bei Eliyahu, Rabbah, Chapter 28): “In one regard, Bilaam’s prophecy had an advantage which Moshe Rabbeinu’s did not. He saw Hashem’s ways more clearly.” In addition, Berachos 7a tells us Bilaam knew how to calculate when Hashem would be “angry” and more susceptible to the midas hadin which could be utilized against Klal Yisrael.

Obviously, the fact that Hashem revealed Himself to Bilaam was not some random act. Think about the following.

This must be true for Bilaam as well. Otherwise, he could not have merited prophecy. The Bilaam we know of is post-prophecy. Before Bilaam became a prophet, he was super-righteous, holy, kind, and godly. He would analyze and criticize his own actions and continually work to grow spiritually. However, once granted prophecy, Bilaam was unable to handle it. Prophets are not created in a vacuum; the only reason Moshe became the greatest of all prophets was because the spiritual genetics of the Avos, Imahos, and the entirety of Klal Yisrael produced a Moshe. Lacking a solid spiritual structure, Bilaam was not able to deal properly with prophecy and became corrupt and wicked. 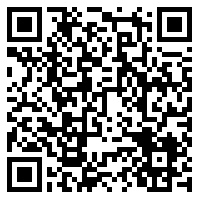