“And these are the ordinances that you shall set before them” (Shemos 21:1).

Rashi notes that the word “these” adds to what has been previously stated – i.e. just as the Ten Commandments were from Sinai, so too these laws are from Sinai.

The Chidushei HaRim expounds on the need for Rashi’s comment; he explains that one might think that since the mitzvos presented here are rational and logical, they are not divine, but conceived by man. For this reason, the Torah lets us know that these mitzvos are from Sinai, and we must observe these “rational” mitzvos because Hashem commanded us to do so, just as we fulfill chukim (commandments for which we have no logical explanation) only because Hashem told us to do so.

The Midei Shabbos V’Shabbato asks: What difference does it make whether we observe these mitzvos because they are the will of Hashem or because we intuit that they are good laws for society to properly function?

The answer is as follows: If a person fulfills mitzvos because he understands the logic behind them, he will ultimately not do those mitzvos whose purpose he cannot understand – and that will jeopardize his performance of all mitzvos because prohibitions that make sense today may not make sense tomorrow. What was once considered unethical or immoral will become ethical and moral, and those mitzvos that seemed rational in earlier generations may seem irrational today as the definitions of “good” and “evil” change. Therefore, every mitzvah must be fulfilled solely because Hashem said so.

The Torah tells us to lend money to people (Shemos 22:24). People in the world at large lend money all the time, so why does Hashem need to tell us to do so?

The Be’er Moshe notes that the command to lend money contains an “es” in it: “Im kesef talveh es ami.” Whenever the word “es” appears, it adds something. Here, it teaches us that even greater than the philanthropy of the lender to the borrower is the generosity of the borrower to the lender. By borrowing money, a debtor is doing a chesed; he is affording the creditor the merit of doing a mitzvah. The Be’er Moshe writes that a lender actually has to be grateful to a borrower who is affording him this benefit.

HaRav Zalman Sorotzkin, rav of Lutzk, points out that there is a psik between the words kesef and talveh. Thus, the pasuk should really be read as, “Im kesef – if you have enough money for yourself – talveh – you should do the right thing and lend money to My people.” Rav Sorotzkin calls attention to the fact that the Torah says: “v’achalta v’savata – you will eat and you will be satisfied.” One should strive to eat and be satisfied, not more. Acting in this manner will inhibit one’s arrogance and prevent one’s undoing.

The Sefer HaChinuch offers some explanations for the mitzvos. He writes in the introduction, “I know how to write a small amount that has been revealed concerning the origins of these mitzvos. However, I do not contemplate for a moment that I have arrived at the true essence of the mitzvah. I am a mere mortal and would never endeavor to raise my hand to write about that which great sages were not able to understand.

“It is known that ants cannot carry what camels can and a toddler cannot understand basic pesukim and could certainly not delve into the secrets of heaven and earth, the esoteric and mystical. I merely want to communicate an understanding of the sweetness of the mitzvos; I will not attempt to penetrate the limitless depth and breadth of this subject matter.”

R’ Menachem Mendel Hager of Kosov (1768-1825) had a brother, R’ Yitzchak, who was a very principled and ethical individual and was also privy to all the goings-on in the Rebbe’s court.

One day, an individual who resided in Kosov requested an audience with R’ Menachem Mendel. This person was known to be an outspoken opponent of the Rebbe; in fact, he qualified as the number one antagonist, misnaged, of the Kosover Rebbe.

But the Rebbe agreed to meet him and once he entered the Rebbe’s room, he explained that his daughter was ready for marriage, but he had no money to cover the necessary expenses. He had nowhere to turn and had come to the Kosover to seek his advice on how to acquire the necessary money.

The Kosover inquired how much money he needed, and the man named a sum of hundreds of gold coins. Without hesitation, the Kosover took out a leather pouch from a drawer in his desk and emptied all its contents, which he handed over to the misnaged.

When R’ Yitzchak heard about this meeting, he was very upset. He knew the Rebbe desperately needed the funds for his own household, yet he had immediately given the entire amount to the misnaged. Unable to contain himself, R’ Yitzchak went to the Kosover to demand an explanation.

“My beloved brother,” said the Kosover, “you should know that only a few minutes earlier someone else came in and gave me the same argument as you. He insisted that it was more important to give the money to people who are truly needy and are also my supporters, rather than to this misnaged. But I did not listen to him. I have other reasons that I took into account, so please do not question me any further.”

Curious, R’ Yitzchak asked, “Who was the other person who tried to dissuade you?”

The Kosover said, “It was the Satan who tried to talk me out of this mitzvah. May Hashem guard both of us and all of Klal Yisrael from his advice.” 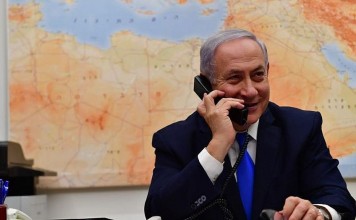 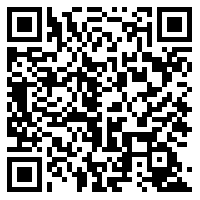