The Talmud (Menachos 43b) says we learn from this verse that one is obligated to recite 100 blessings a day. Rashi and Tosfos explain that the word “mah” can be interpreted as “mei’ah,” which means 100.


The Talmud (Berachos 33b) asks about this verse: Is fear of heaven a minor matter? Why is it presented as it were “no big deal” – that Hashem is “only” asking that we fear Him? In fact, even Avraham Avinu was only declared to be a fearer of Heaven – “Now I know that you fear Hashem” (Bereishis 22:12) – after the Akeidah. Clearly, properly fearing Hashem is very difficult. How, then, can the Torah obligate ordinary men to accomplish this extraordinary task?

Perhaps the answer lies in the 100 berachos this verse requires us to say. Each beracha establishes an infrastructure that promotes yiras Hashem. With each beracha, a person says “thank you” to Hashem, recognizing what He does for us and acknowledging that everything comes from Him. Saying a beracha provides us with a moment of reflection that concretizes the omnipresence of Hashem in our lives. Doing so is thus a tried-and-true means of achieving yiras Hashem.

Yet, we say certain berachos so many times that we don’t even think when we say them. How, then, can they inspire emunah and yiras shamayim?

R’ Dovid Moshe Braverman suggests reflecting deeply when reciting a beracha. It is known that reciting Birchas HaMazon with deep kavanah is a segulah for parnassah. So when saying, “Who nourishes the entire world in His goodness – with grace, with kindness and with mercy” contemplate these words. Think of the grains and the produce, the magnificent array of colors that make fruits and vegetables so appealing, the life-giving nutrients and vitamins that saturate them – all created and arranged by Hashem because He loves us. A person will then start thinking about his livelihood and wellbeing, and his yiras Hashem will grow as he appreciates everything Hashem does for him in this world.

* R’ Yehuda Tzadka recommends dividing a beracha into phrases and pausing between each one to reflect on its meaning. “Baruch Atah Hashem.” Pause. “Elokeinu Melech Ha’olam.” Pause. “Shehakol Niheyeh B’dvaro.” Acting in this manner will accustom a person to saying each beracha with deep kavanah.

* Say berachos with more kavannah, but focus on one beracha at a time.

The Michtav M’Eliyahu notes that yiras Hashem provides protection against failure to follow the ways of the Torah. If a person lacks yiras Hashem, his heart is subject to the wiles of the yetzer hara who will determine what his heart desires. Yiras Hashem safeguards our Torah, our mitzvos, and our lives.

R’ Dovid Baharan was a great tzaddik who lived in Yerushalayim. One year, R’ Baharan was seen during Succos sitting with his head bowed on his shtender, crying for over two hours in the shul of the Gra, located in the Shaarei Chesed neighborhood. One of his friends approached him and asked why he was so distressed.

He explained that in the morning he had risen early to make the beracha on lulav and esrog. However, as he concluded the beracha, he noticed that the hadassim had slipped out of the holder, perhaps making his beracha one that was said l’vatalah (in vain). Members of the shul, which was widely known to have an impressive group of talmidei chachamim, cited the specific chapter in Shulchan Aruch which states that if one of the species was removed, the person has still fulfilled the mitzvah.

R’ Dovid argued that even if he had fulfilled the mitzvah, he was still concerned that the beracha itself had been said in vain because of the missing species, as indicated by the Mishnah Berurah.

The next year on Succos, R’ Dovid was once again seen crying in the corner with his head down on the shtender. His friend approached him and asked, “Did the same thing chalilah happen to you again?”

“So why are you crying?” inquired the friend.

R’ Dovid answered, “What happened last year gives me no rest. I cannot forget that I was not careful enough to make sure there was no possibility I would make a berachah l’vatalah.”

R’ Dovid’s response reflected true yiras Shamayim. He had not done anything wrong whatsoever. Yet, a full year later he was still worried that his performance of a mitzvah had not been complete and perfect. 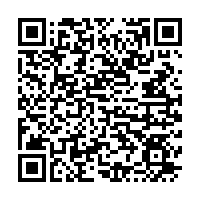