At least three patients from the Gaza Strip have died in recent months after not leaving the enclave for medical treatment, as the Palestinian Civil Affairs Committee (PCAC) – the body in charge of coordination civil affairs with Israel on behalf of the Palestinian Authority (PA) – continues to suspends its coordination with Israel.

This suspension was one of the consequences of the PA’s declaration in April of freezing all coordination with Israel in response to its plan to declare sovereignty over parts of Judea and Samaria, as stipulated by the US-formulated Deal of the Century peace plan.


Physicians for Human Rights Israel (PHRI), which assists Gaza patients who need to obtain treatment outside the Gaza Strip, documented two infants and a 22-year-old man who were referred for urgent treatment outside Gaza but did not receive it due to difficulties in coordination and delays in response to medical exit permit applications.

PHRI has previously warned that hundreds of patients were being denied medical treatment by the PA due to the suspension of the coordination mechanisms, including patients with cancer and other severe conditions in urgent need of lifesaving treatments.

Despite the United Nations’ (UN) Office for the Coordination of Humanitarian Affairs (OCHA) announcement that an alternate mechanism for coordinating exit permits for patients requiring medical treatment outside Gaza would be put into place in July, such a mechanism has yet to become operational and hundreds of patients in the Gaza Strip still cannot leave Gaza for treatment.

Under the new mechanism, the UN, through the World Health Organization, was to mediate between the PCAC, which is responsible for filing permit applications on behalf of the PA, and the Israeli authorities at the Erez Crossing.

However, despite the UN’s statement and its efforts to launch the temporary coordination mechanism, due to unknown reasons the mechanism has yet to begin operations.

PHRI reported a recent fivefold increase in the number of applications it has been handling.

PHRI blamed Israel for the situation. It claimed that Israel has introduced new requirements for receiving permits, that applications can be made only for patients classified as urgent because of the Coronavirus (COVID-19) pandemic, and that half of the applications are not approved.

PHRI stated Thursday that “every day that goes by without the international mechanism in operation takes a toll in human life.”

It claimed that since Israel has control over the crossings and decides all matters regarding patients’ travel for treatment, it “must act to safeguard patients’ lives until a solution is found.”

However, Member of Knesset (MK) Yifat Shasha-Biton stated during a session of the Knesset’s Special Committee on the Novel Coronavirus which convened in July to discuss solutions for PA residents in need of treatment in Israeli hospitals who are unable to enter the country due to the pandemic that Israel is doing more to help the PA Arabs during the Coronavirus pandemic than the PA itself is.

Shasha-Biton said that “in the complicated reality we live in, we have a moral duty, as human beings, to save lives. Therefore, despite the fact that the Palestinian Authority chose the path of ceasing to cooperate with the Coordinator of Government Activities in the Territories (COGAT), Israel is not turning its back on the residents of the Authority and continues to provide them with medical treatment in life-saving cases.”

Major Inbal Maman, head of the Civil Coordination Department at COGAT, said thousands of requests by PA Arabs to receive medical treatment in Israel have been approved during the Corona crisis, despite the termination of coordination on the PA’s side. 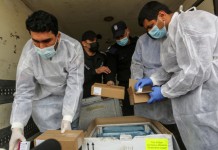 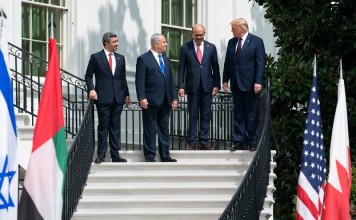 Netanyahu: Israel is in ‘Intensive Peace Talks with Other Arab Leaders’ 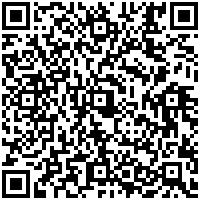