Dante, a staunch defender of Bertran de Born’s beautiful poetry, condemned him to the eternal punishment of carrying his severed head by the hair as it sways back and forth like a lantern in the eighth circle of Hell for having counseled a son to rebel against his father. A man who caused division between father and son was punished by being divided from himself. Dante was not bothered by de Born’s worship of war. That was acceptable. Convincing Prince Henry to rebel against King Henry II was an unforgivable sin.


I wondered how one can make such distinctions and then I remembered how a rabbi’s ill informed proclamation of distinctions almost shattered my world. A substitute chose to speak to our first grade class about the Messiah rather than teach us Talmud. “It is very important to be Orthodox because the Messiah will come only for Orthodox Jews, and not Conservative or Reform.” This, the day after hearing my mother describe my father’s ties as too conservative, was a serious cause for concern. After all, I assumed from my mother’s words that my father was a Conservative Jew. I went to sleep on the floor of my father’s study so that I could speak to him about becoming Orthodox so we could merit the Messiah. I woke up in his arms, and clearly sensing my concern, he asked what was wrong. I told him that we needed to change if we wanted the Messiah to come for us, because we are conservative, and the Messiah will not come for Conservative Jews.

“Anyone who comes for some Jews and not others, is definitely not the Messiah! His, will be a world that does not focus on distinctions.”
He then explained the distinction between conservative and Conservative.
It was many years later that I understood that the different approaches of my father and substitute are reflected in a debate very early in the Talmud. Rabbi Yosi teaches that “twilight” is like the twinkling of an eye. Rabbi Yehudah insisted that twilight lasts as long as it takes to walk half a “mil,” which, I believe, is about a kilometer. Rav Kook (Ein Iyah) explains that this is actually a debate about whether or not there is a gray area between good and evil. Rabbeinu Bachya (Duties of the Heart, The Gate of Service of the Lord, Chapter 4) held that there is no space between a mitzvah and a sin. The Ra’avad (Ba’alei haNefesh, The Gate of Holiness) felt that there is a gray area between good and evil.

The clearer it becomes that the world isn’t governed by fiends and saints but by ten thousand dim souls in between, the more I believe in my father’s approach. We do not live in the world of black and white, in which it is absolutely clear what is good and what is evil. It is the rare individual who can be defined in absolute terms.

This week’s portion focuses on the laws of Tzara’at, biblical leprosy, a spiritual, not physical, disease that afflicts a person who speaks negatively of others behind their backs. There is a meeting of two people in these laws that is a lesson in how to live in a world of gray.

A person wakes up and finds strange rashes and discolored hair on his body and must go to the Kohen who will declare him ritually pure or impure, or place the person in a world of gray. This is when the Kohen does not see clear signs of purity or impurity and must order the man into a week of solitary confinement, after which he will be re-examined.

We have the man who lives apart from the community and from reality, speaking negatively about his friends and neighbors, all the while believing that no one would ever do that to him. He has used moral judgment of his neighbors as a weapon, and received the poetic judgment of being cut off from the healing power of mutual give-and-take, empathy, and love.

He is included in those “ten thousand dim souls in between.”

When we seek authority figures–like Kohanim or Messiahs–we look for someone who will tell us that we are right and our persecutors are wrong.  I wonder if the substitute teacher, from the generation reeling from the Holocaust, felt the need to draw a sharp line between victimizer and victim, and that was why he wanted to believe in a Messiah who would definitively take sides.   But if they know their job, as did my father, they are able to be at the same time the authority figure who will determine the ritual status of this man, and serve as a compassionate counselor,  therapist, and teacher who will guide the stricken man through the process of looking at and repairing.

We have one man who has chosen the gray area to live as a dim soul, disconnected from others and from himself. He does not see meaning in his words or actions. The Kohen is not there to lead him on a journey from one end of himself to the other, but to teach the man how to keep him in balance with himself even in this gray world.

We approach Yom Ha’atzmaut, Israel Independence Day, celebrating a generation that had direct experience with absolute evil yet was still able to join together without distinctions and build a vibrant country, thriving because it is so welcoming of others who live betwixt and between, politically, spiritually and religiously, filled with gray areas, never as dim souls, but as a people seeking internal balance. 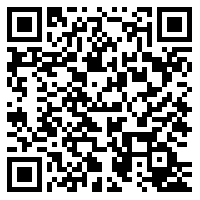