Every now and then a story will circulate that really can’t be authenticated. The following story falls into that category. Whether it actually ever happened or not, its poignant message is unquestionably true:

There were once two terminally-ill elderly men – Moshe and Chaim – who were roommates in an old age home. Moshe was so weak that he could not even sit up on his bed. Chaim, who was not quite as weak, had the bed next to the window.

Taking advantage of his situation, Chaim would sit up on his bed and gaze out the window. He would animatedly describe to the very attentive Moshe all the sights he could see: children frolicking on the nearby playground, couples walking leisurely by the road, the beautiful sunsets, and trees and flowers in full bloom. There was even one child whom Chaim named Zevi who came to play each day. Chaim would tell Moshe, “Oh, Zevi is wearing a new coat!” or “Looks like Zevi caught a cold.” Moshe, who could see nothing other than the closet facing him, loved hearing Chaim’s long-winded descriptions.

One morning Chaim did not wake up. After his friend’s body was removed, Moshe requested that he be moved near the window where Moshe’s bed had been. As soon as he was near the window, he pushed the button to hoist up the top of his bed. He was shocked by the sight that greeted him. Through that window, aside from a small hint of sunlight, one could see nothing but a brick wall!

The Mishkan was to be constructed exactly as G-d instructed Moshe. In order to achieve its purpose of being a place where G-d’s Divine Presence could descend, as it were, the building had to be constructed according to the parameters, and utilizing the materials, that G-d Himself instructed.

The sanctuary itself was composed of one large room, divided by a curtain. The bigger half of the room – the “Holy” – comprised the golden Menorah, Shulchan, and Incense Altar. On the other side of the curtain was the “Holy of Holies,” which housed the Aron –

the holy Ark, which encompassed the Luchos.

“And the curtain will separate for you between the Holy and the Holy of Holies” (26:33).

There is an important lesson about personal growth that can be gleaned from the structure of the Mishkan. (This idea is based on a thought by Rabbi Itzeleh of Volozhin [Peh Kadosh], with a bit of variation.)

Often a person will strive to reach certain levels of spirituality. He will expend great efforts and time to meet his self-imposed goals. If he is able to meet his objectives, he justifiably feels very accomplished, and allows himself to bask in the “holiness” that he has achieved.

One must never lose perspective of the fact that for every “holy,” there is a “holy of holies.” In other words, no matter how much a person has accomplished spiritually, he should never allow himself to be satisfied with it. Rather, he should recognize and appreciate what he has achieved, and then he should strive for even greater heights.

Why is it that many people do not take the next step? Why is it that they settle for lesser levels of greatness than they could truly achieve? Because from the “holy” one cannot see the “holy of holies.” It seems too far in the distance. The prevailing thought is, “For such a jump, I am not ready.” We think if we go beyond the holy we will encounter the proverbial brick wall. In reality, however, it is only a curtain that must be traversed.

It is often said that what motivates the great educator is his/her ability to see a child for what he can be, not necessarily what he is. Educators with that level of foresight relate to their children in a different manner, and the child senses it.

The truth is that this idea is not limited to children. So long as we are alive, we have the ability (and obligation) to strive for higher and greater levels. But we must believe in ourselves! If we can have the requisite foresight to see ourselves beyond the obscuring curtain, we can hope to one day get there. But if we see the curtain as a “glass ceiling,” that is as high as we will go.

During the unfolding of the events prior to the Purim miracle, the Jewish people felt lost and abandoned. The entire nation had literally been sold out and they had nowhere to escape to. They truly felt they had hit a brick wall. But Mordechai prevailed upon them to believe they could still persevere. The decree was not yet completely sealed in Heaven and there was still hope. And the incredible wave of repentance that unified the nation was indeed potent enough to “push aside the curtain.” From that event, the great holiday of Purim was created.

The Arizal explains that Purim day is like Yom Kippur, the holiest of all holy days. So, in a sense, this “holiest of holy days” was truly created because the Jews went “beyond the curtain.”

The holiday of Purim represents the eternal sanguinity of the Jewish people. Even in the worst of times we are able to hope for a better and brighter future.

But in order to achieve that level of optimism, we have to be ready to adopt the attitude of Esther: “And so I will enter to the king without permission.” She was willing to enter “unchartered territories” at the risk of her life when she entered the chambers of Achashveirosh uninvited. In order to achieve anything significant, one must be willing to take that first daunting step. 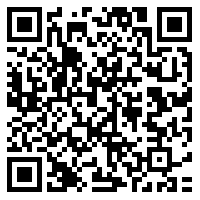