Adar is the month of love. The old chassidim used to say that Adar is to Nissan as Elul is to Tishrei, except that Adar/Nissan is a time to rededicate ourselves to Hashem with love while Elul/Tishrei is a time of rededication through fear.

As Jews, we need to understand that our love of Hashem is boundless. Our sages taught, “Love ruins the ‘normal’ ways.” Rabbi Shimon bar Yochai explained this concept by pointing to the example of our father Avraham, who saddled his donkey by himself after God commanded him to travel to Mount Moriah and sacrifice his son. Avraham had many servants but he would not share this great mitzvah with anyone, thus demonstrating his boundless love for God.

The day before my father, Rav Yisroel Shurin, made aliyah in 1983, I had him on my radio program for a segment called “Ask the Rabbi Anything on Gedolei Torah.” (My father had for 60 years written a Hebrew page featuring biographies of great rabbis in the children’s magazine Olomeinu.)

A kid from Williamsburg called in and asked, “What about Rav Kook? Was he a good person?” My father immediately answered: “Of course, he was a great man, a tzaddik!”

The next day I visited the store of one of my sponsors, a Satmar chassid whose hashkafa differed from Rav Kook’s. He said to me, smiling, “You know, last night I wanted to break my radio over your head! Your father called Rav Kook a tzaddik!”

I told him it hurt to hear that, because in my eyes my dad could never be wrong. Then I said, “Let’s see what my zaideh, Reb Yaakov Kamenetsky, will say about Rav Kook. I’ll call him and ask him. You listen in on the other line, but don’t even breathe into the phone.”

I called my grandfather and told him I had a problem because my father had referred on the radio to Rav Kook as a tzaddik.

“Avadeh,” he replied in Yiddish, “ers gevein a tzaddik gamur!” (“Of course! He was a complete tzaddik.”)

The sponsor came out of the other room looking like one of those old-time movie comedians who’d just seen a ghost. I warned him not to tell anyone what he’d just heard because my grandfather didn’t know someone else was on the line, and he agreed.

The following story involves the most beautiful dream anyone could ever ask for.

In 1990, just before JDL member Robert Manning, accused of sending a letter bomb to a PLO office, was to be sent from Israel to the U.S., there was a rally in Jerusalem opposing the extradition.

I was at the rally and there were no participants with black kippot; the only kippot there were knitted ones. I heard the cry of Manning’s daughter – “Please don’t send my daddy back!”

That night on my Arutz Sheva radio show, I asked, “Why weren’t the yeshiva boys at the rally? Are the heads of the yeshivas sleeping?” Immediately someone called in, screaming, “How dare you criticize Rav Shach and the rosh yeshivas!”

The next day, Erev Shabbos, I called my father and asked him if I’d said something wrong. He answered, “Oy, don’t start up with rabbanim! Rabbanim today are like rebbes whose chassidim expect everyone to follow them without question.”

So I decided to do teshuvah and ask forgiveness from my listeners on my Saturday night program. Hashem rewarded me Friday night with the following dream: As I slept, I saw the Hebrew words ahavah mikalkeles es hashurah (love twists or breaks the straight way). And I heard a heavenly voice reading the words back to me as follows: “Ahavah – when a person does teshuvah out of love, mikalkeles – it causes the shuras hadin to go haywire.” The voice had added hadin at the end of that Talmudic saying. 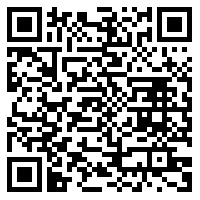