Some have questioned our column’s implication two weeks ago that the previous Lubavitcher Rebbe’s arrival here in 1940 saved Yiddishkeit in America. America then was not a “spiritual wasteland,” they maintain, pointing to several prominent long-existing yeshivos, many Orthodox shuls, kashrus supervision agencies, and notable personalities who had painstakingly invested great efforts in building Torah schools and organizations before the Rebbe Rayatz’s arrival.

It is crucial to note, however, that, although of great significance, these were usually like oases in the desert – isolated areas of great accomplishment but affecting quite small numbers. Primarily, they catered to those who were already conscientiously Torah-observant and willing to raise their spiritual level – mostly families of relatively recent immigrants yearning for levels of Yiddishkeit they remembered from the Old Country.

When refugee roshei yeshiva started arriving from Europe and re-establishing their yeshivos here, they too catered to the youth of Torah-observant families with little ambition of influencing those less observant.

The innovation of Lubavitch was launching a wide-ranging movement to advance Yiddishkeit on all fronts and for all Jews, fearlessly advocating observance of all mitzvos and traditional customs at the highest standards, as close as possible to levels once prevailing in Eastern Europe.

Many don’t realize that standards of Orthodox Jewry here before 1940 were incomparably lower than today. Jewish schools hardly existed outside New York, and even those in New York emphasized secular studies, with Torah studied not more than an hour or two a day, often after noon. Hebrew teachers often weren’t even Torah-observant, and most schools taught little more than Hebrew and basic texts, without instilling traditional Torah faith.

Standards of kashrus were deplorable. For example, butchers often dipped chickens into boiling water after shechting them – before salting – to facilitate the removal of their feathers. But this practice rendered the meat non-kosher! Chalav Yisrael barely existed (while leniencies exist for cases of great need, conscientious Jews strive to observe this halacha from the Talmud).

Orthodox shuls, particularly the larger ones, often had microphones and did not have mechitzos. Their members, with little Torah knowledge, usually didn’t realize the importance of sending their children to Jewish schools (if their community even had one). Most rabbis were too embarrassed to explain the laws of taharas hamishpacha to marrying couples. Continuing even into the 1960s was a tendency for “Orthodox” congregations, particularly out of town, to become non-Orthodox. Well into the 1950s, rabbinical graduates of some pre-1940 yeshivos often accepted more lucrative positions at non-Orthodox congregations.

Above all, the prevailing attitude among most Jews here was that “America is different,” maintaining it was impossible to observe Yiddishkeit here like it had been observed in the Old Country.

Despite the Rebbe Rayatz’s feeble health and shortage of both followers and resources, upon his arrival on these shores, he immediately plunged into his declared task of disproving this fallacy and transforming America into a place of Torah. Among his many activities:

He established Jewish day schools in scores of localities, insisting on Torah-observant teachers and a Torah-true curriculum taught for over half the school day, starting specifically in the morning to emphasize its primacy. He filled the previous lack of Torah-true literature for children and adults with books and periodicals in English, Yiddish, and Hebrew.

He took advantage of a recent Supreme Court ruling to send his students to teach Yiddishkeit to public school children every week for an hour. His students used their lunch breaks to persuade Jewish storekeepers to close their businesses on Shabbos. He sent followers to influence Jews in small towns and farmers in rural areas to observe Yiddishkeit and give their children a Jewish education.

While demanding high standards of observance from his students and followers, the Rebbe Rayatz emphasized the importance of all Jews observing even one mitzvah at a time, to re-establish their bond with their Divine source.

The establishment of a movement to strengthen and spread Yiddishkeit encouraged many other Jews to participate in its efforts, and yet others to emulate them. Chabad’s campaigns encouraged levels of Yiddishkeit to rise among other Torah-observant Jews, too, and existing Jewish schools started raising their standards accordingly.

Against all odds, Lubavitch succeeded in changing the atmosphere here into one of optimism for the future of Yiddishkeit. The influx of Jewish refugees after World War II found an environment where they could now thrive as Torah Jews, feeding students to all yeshivos and enabling growth of other chassidic groups. Without Lubavitch having plowed the ground first, it is doubtful these could have succeeded.

The succeeding 80 years have built on these accomplishments. Today over 30 percent of shuls in the United States are Chabad Houses, drawing Jews of all backgrounds closer to their father in heaven. 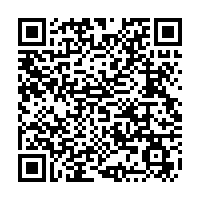