During times of crisis such as our current one, many (myself included) quote Rambam’s introductory words in Hilkhot Ta’anit, where he speaks of such periods as ones to call out to Gd. He warns against treating the trouble as mikreh, happenstance, and refers to a verse in this week’s parsha, Vayikra 26;21, ve-im telkhu imi keri, if you walk with me keri, a word he is taking as happenstance, treating calls from Gd as if they were just the way nature works.

As I said, I have written elsewhere about Rambam’s idea. Here, I want to take up Rashi’s reading of the word, a reading I find equally as fascinating and challenging as Rambam’s. Rashi quotes a rabbinic tradition the word means arai, be-mikreh, occasionally, we engage in mitzvot without the necessary consistency.


Later in the same verse, Gd threatens to punish the Jews sheva al hatoteikhem, seven for your sins, an idea Rashi relates to the seven sins enumerated above. If we look earlier, in verse fifteen, Rashi lists the seven sins, one feeding the next, leading to the terrors of the tokhaha. He relates the seven to the verses; leaving that for now, he thinks the slide to destruction starts with (Gd forbid for each step) not studying Torah, feeding a failure to observe the commandments, leading the person to reject others who do observe, fostering a hatred for Torah scholars, stimulating the person to interfere with others’ observance, thence to deny the obligatory power of the commandments, and denial of Gd Himself.

What a nuanced view of the human psyche! First, Rashi is aware of the vital importance of consistency. R. Amital, zt”l, used to quote the introduction to Ein Ya’akov, which presents the view of Shim’on b. Pazi that kelal gadol ba-Torah, the important principle of the Torah, is ha-keves ehad ta’aseh ba-boker, offering the daily sacrifices morning and evening, in his view more important even than loving one’s fellow Jew.

For Rashi, the necessary consistency starts with Torah study, without which a Jew is likely to lead to a loss of observance. It’s a proposition many might deny, but for Rashi, lack of study necessarily damaged observance.

The loss of observance takes us to the next step, reacting badly to those who do observe. In pluralistic societies, we tell ourselves we can respect others’ religiosity regardless of our own choices. For those from a completely different system, perhaps; I think Rashi is saying the loss of one’s own observance complicates the experience of watching others continued observance. If someone has lost their connection, they are often likely to also be bothered by those who keep it up.

And will therefore react badly to the proponents of the system, whom they can come to see as the paragons of what they have decided is misguided. Bothered by their efforts to push for more observance, they may react by pushing back, trying to lessen observance, a step they can rationalize only by denying the commandments are incumbent upon us, which hinges on the last step, rejecting (Gd forbid), Gd Himself.

We’ve all heard life is a slippery slope; Rashi shows just how slippery he thought it was. Losing one’s consistency of Torah study (not even losing all Torah study, even just the consistency), in Rashi’s view, starts us down a road to loss of faith, and the sevenfold punishments in response. Could people dig in and stop the slide somewhere along the way? Perhaps, but Vayikra warns us—Rashi thinks— it’s not the way to bet. 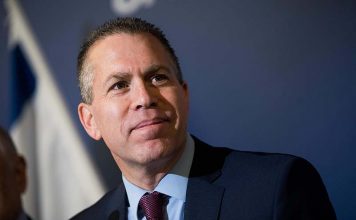