The event Lord Rabbi Jonathan Sacks predicted would make history has not only made history, it has exceeded even the most ambitious expectations of the organizers, writes the Rabbi of the City of Sydney, Australia, Rabbi Danny Yaffe. The “18 for 18” initiative, aiming to bring together 18,000 Jews from across Australia and New Zealand for 18 minutes of Jewish unity and pride on Lag B’omer, surpassed the anticipated number of Jewish viewers from across the Tasman and has been hailed by its organizers as “simply astonishing.”

According to data analytics gathered from viewership on the multiple platforms through which the event was broadcast, more than 40,000 Jewish people of all ages gathered online for a kaleidoscope of Jewish music, teachings and inspiration. Viewers watched the live stream via multiple platforms including Facebook, YouTube and the official website.

“This is a truly amazing display of unity, I’m so proud to be Jewish” said one of the online participants, a message that resonated palpably among the thousands of comments that flooded the live feed. “The coronavirus can separate us but nothing can stop us celebrating Jewish life together” said another.

The event reached far beyond the Jewish communities of Australia and New Zealand with participants logging in from many countries around the world.

But the event did not end after the 18 minute production was broadcast, or even at the conclusion of the after party which featured singers and magicians to entertain the thousands of children in the audience. An immediate followup initiative has been launched urging the Jewish communities of Australia and New Zealand to collectively commit to 18,000 acts of kindness.

“We cannot allow the inspiration to dissipate without translating it into making this world a better place,” said a spokesperson for the organizing committee. “We must allow the spiritual high we’ve all felt over the past 24 hours to inspire our acts of altruism and to strengthen our Jewish traditions.”

The event was made possible with the generous support of three major sponsors including Do Good Labs, Tommy and Issy Jacob, and the family of Nechama bat Bracha, together with a volunteer steering committee of over one hundred people and participation of over two hundred Jewish organizations. 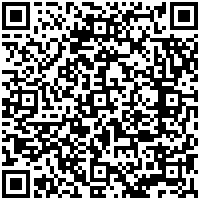