“Vayera eilav Hashem – And G-d appeared [to Avraham].” Rashi elaborates: “L’vaker es hacholeh – To visit the sick.” From Hashem’s visit to Avraham as he was recuperating from his circumcision, we learn that bikur cholim is a lofty mitzvah that merits being taught by divine example.

The Torah tells us, “Vayera eilav Hashem – G-d appeared to him.” It doesn’t say, however, that He spoke to him. From this omission we learn an important lesson: Many people excuse themselves from visiting an ill person by rationalizing that they don’t know what to say. But speaking isn’t necessary. Simply by appearing at his sickbed is a great mitzvah because the ill person realizes you took time from your hectic schedule to see him. That makes him feel special and does a world of good.


There’s another extraordinary lesson we learn from Hashem’s visit to Avraham. Rashi writes that Hashem initially took out the “chamah minartikah” – the sun from its sheath – so that the weather would grow oppressively hot and no one would disturb Avraham while he was recuperating. But while visiting Avraham, Hashem saw that he was unhappy without guests, so He sent three angels disguised as desert nomads to provide Avraham with the opportunity to do hachnasas orchim.

This story is quite extraordinary. Does Hashem ever “adjust” His plans? Doesn’t He know the future and the hidden thoughts of all living things? If so, didn’t Hashem know that Avraham would suffer from not having guests?

Since Hashem doesn’t err, I believe that He acted as He did for our benefit – to teach us a fundamental lesson in caring for the sick: When you set out to help a friend who is ill, be prepared to change your plans and even sometimes do the opposite of what you thought was best for him.

Indeed, the mitzvah is called “bikur” cholim because we’re supposed to examine and analyze what the sick person needs. Sefer Tehillim (41:2) praises one who does so: “Ashrei maskil el dal – Fortunate is he who acts intelligently with the sick.”

So, you might plan to visit someone for a long time, but if when you arrive at his bed, you see that he doesn’t have strength or isn’t comfortable with how he looks or wants privacy, switch your plan – just as Hashem did. Or if you have a whole team of people willing to send meals to an ill person, but you wisely sense that he would rather not be indebted to so many people, switch your plan – just as Hashem did.

Hashem thought that altering one’s plan is so important that He did it Himself. He made it look like He was doing an about-face by first taking the sun out to stop guests from coming to Avraham and then miraculously providing him with angelic guests. He wished to show us how flexible and attentive to the choleh’s needs we must be. We must provide, not what we think he needs, but what we hear and sense he desires.

In the zechus of fulfilling the exalted mitzvah of bikur cholim, may Hashem grant us long life, good health, and everything wonderful. 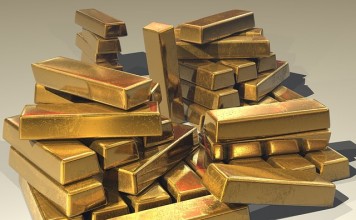 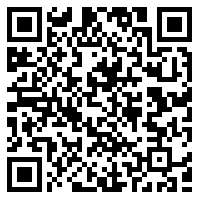