People of my acquaintance often treat belief as a sort of Pascal’s wager. As you may recall, Blaise Pascal, the seventeenth century mathematician, said a life of faith is the logical choice because the consequences of being wrong (eternal damnation, as his religious leaders told him) was so much worse than the consequences of foregoing the pleasures religion bans. People  who take Pascal’s wager live as if religion is true, without actually taking a position on its truth.

The Hebrew word most commonly translated as faith, however, is emunah, which means something closer to “assert” than to “believe.” When I answer amen to a blessing, I assert my belief in the sentiments expressed, my hope they become actualize in the world soon. To have emunah in Gd, in Jewish terms, means to take as fact a claim one cannot prove (Hashem created the world, gave the Torah, etc.).

The haftarah for the first day of Sukkot offers a good test of where we stand on this question. Zecharyah 14;17 describes a future where the Beit Ha-Mikdash is rebuilt, and all the nations of the world will come celebrate Sukkot. (The idea of Sukkot as a holiday relevant to the whole world may have its roots in the Torah; Rashi to Bamidbar 29;18 and 35 cited the Aggadic tradition which saw the seventy bulls offered over the course of the holiday as symbolizing all the nations of the world).

Those who do not come will not get rain. In making the prediction, the prophet makes a simple proposition which I often wonder whether even “believing” Jews are able to accept. He says there will come a time where worldwide rainfall will depend upon a nation’s willingness to come to Israel for Sukkot (or, at the very least, send a delegation; currently, the city of Jerusalem hosts an annual parade on Chol Ha-Mo’ed Sukkot, celebrating international involvement with and interest in Israel, and I have met non-Jews who in fact have come exactly to be in Israel for Tabernacles).

Many of us, I fear, will resist the idea as too non-scientific, too metaphysical. Zecharyah challenges us to be willing to say yes, I believe Gd has constructed a world in which rain can at some point—perhaps only once Mashiach arrives and rebuilds the Temple—depend on one’s willingness to turn to Gd for assistance.

It’s a remarkable prophecy in another way, in that thousands of years ago, Zecharyah was able to identify a problem technology has not yet conquered, for all its many remarkable benefits. Air-conditioning, transportation, communication, with all technology has eased our lives, billions of people still live miles from potable water, still live in significant water insecurity (think of the six years of drought California just suffered). Many laudable organizations are working to ease the problem, but—thousands of years after Zecharyah– rain is still an issue.

Too Much  Can Be as Hard to Take as Too Little

The story of Choni Ha-Me’agel (told in Ta’anit 19a and Megillat Ta’anit) might suggest the verses in Zecharyah would be relevant to those suffering from hurricanes or flooding as well. Choni famously stood in a circle and demanded Gd send rain. After a bit of back and forth, rain comes down at a good pace, but does not stop, forcing the people to come back to Choni for help. In the Megillat Ta’anit version, Choni tells them one is not allowed to ask to end a blessing, and he has to offer a special prayer (along with a sacrifice of thanksgiving) to admit the Jewish people’s inability to bear Hashem’s fullest bounty.

Taking the story to heart, we might understand the geshem, rain, of which Zecharyah speaks to mean “rain in amounts which will sustain but not overwhelm.” An expanded list of nations would obviously and directly benefit from coming to Israel on Sukkot.

If We Don’t Accept It, Why Would They?

I don’t write these words to convince non-Jews. I write them worried about fine, upstanding, observant Jews who themselves don’t accept such an idea could ever come true. For this Sukkot, I wonder whether we can work on agreeing to assert, as a matter of emunah, of our understanding of how we have been told the world will work, that either already or in the future, the willingness to acknowledge Gd will become necessary for access to one of our most precious resources, rain.

Because the more we assert it, the sooner we can bring this truth to the benefit of those who most desperately need the rain Hashem is waiting to send them. 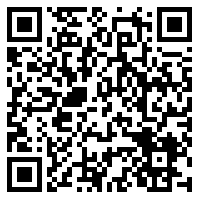