“Hezbollah officials made a conscious decision to transfer the center of gravity of the precision missile project, which they have been dealing with for some time, to the civilian space in the heart of Beirut,” the IDF spokesperson said.


The missile sites were placed in three locations: the Hezbollah soccer team’s stadium; near the Hariri International Airport; and in a marina in the heart of a residential neighborhood and close to civilian buildings, located only 500 meters from the airport’s landing strip.

“The accuracy project is carried out using Iranian knowledge, technology, funding and guidance,” the IDF spokesperson said, adding that “one of the attempts to transfer from Syria to Lebanon machines designed to convert precision rockets was attacked by Israel on September 17, 2018.”

In addition to the exposed sites, there are other sites in and around Beirut where Hezbollah is working to establish similar facilities. “Israel monitors these sites with a variety of capabilities and means,” the IDF Spokesperson said.

According to the IDF Spokesperson’s announcement, Israel holds a great deal of information about the accuracy project, and prepares a variety of operational responses, methods and tools:

“Extensive efforts have led to the fact that, as of September 2018, there is no remaining active factory in Lebanon that carries out industrial conversion to precision weapons,” the Spokesperson said. 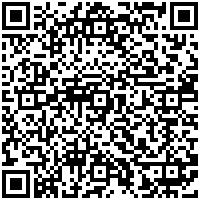