“Have no fear of descending to Egypt…I will descend with you to Egypt and I will also bring you up” (Bereishis 46:3-4).

The Or HaChaim asks: Exactly what did Yaakov Avinu find alarming? If he feared the impending galus, how was he calmed by Hashem telling him not to be afraid?


The Medrash Rabbah tells us when a famine affected the land, Yaakov realized he would have to go down to Mitzrayim to get food and was afraid his descent would be the beginning of the galus that he knew the Jewish nation would endure. He also didn’t want to be buried there. So Hashem told him, “Have no fear…I will make you a great nation there.”

The Succas Dovid presents a novel idea based on the Seforno: Yaakov was afraid his children would be adversely affected living in Egypt’s decadent culture. Unlike Avraham and Sarah, who converted people, promulgated the name of Hashem throughout the world, and maintained communication with surrounding nations, Yaakov wasn’t involved with the outside world. Throughout the 20 years he lived in the house of Lavan, he never spoke to him concerning idol worship. Now, though, his children would be exposed to the foreign, immoral culture of Egypt, and Yaakov was afraid.

In truth, though, had his children remained among the Canaanim, it’s far more likely that they would have become acculturated. The Egyptians, though, could not tolerate the Jews, so they lived apart in Goshen where no harm came to them.

In Tehillim (105), we thank Hashem for all the miracles he performed and say, “He turned their hearts to hate His nation.” The Beis HaLevi explains that Hashem aroused the deep-seated hatred of the Egyptians against the Jewish people to protect His nation and prevent them from acculturating.

R’ Reuven Karelenstein relates that one day a young observant woman told her father that she wanted to marry a young man in their neighborhood. When the father learned his name, he was very perturbed as the individual was notorious for his lack of Torah observance. Although the father tried to dissuade his daughter from proceeding with the shidduch, she remained adamant.

Deeply pained, the man ran to the local rav and, crying bitterly, told him of the terrible situation.

“Don’t worry,” the rav said. “We’ll make sure nothing happens. Invite hundreds of guests to a lavish engagement party and don’t stint on the alcoholic beverages. Make sure to provide expensive high-quality bottles of whiskey and scotch in abundance for all the guests.”

The father didn’t understand the rav’s instructions but followed them precisely. When the young man came in, he was delighted to see that his father-in-law shared his appreciation for liquor. Before long, the chassan had consumed a considerable amount of alcohol, and the room was spinning.

He was so drunk that when the kallah’s uncle came over to give him mazel tov, he stumbled and punched him in the stomach instead. Bewildered, the uncle came over to the kallah moaning that he couldn’t breathe. The young woman dashed over to the chassan to ask what happened, but he was so high that he began to shout at her, and when he swung his hand out, he broke her nose.

Frightened and shocked, the kallah ran to tell her father. He responded, “Better that he broke your nose now than broke your marriage later.”

R’ Karelenstein notes that we often aspire to develop close associations with our neighboring non-Jews. So, concerned for our welfare, Hashem arouses their innate hatred of us, which reminds us that we’re supposed to maintain our distance and not learn from them.

Yeshayah 27:6 states: “Days are coming when Yaakov will take root.” The Belzer Rebbe comments that it’s common for a stranger in a new land to dream of returning to his homeland. However, after a prolonged stay in his new surroundings, the yearning wears off and he becomes very complacent.

When Yaakov Avinu came to Mitzrayim, he made sure his family was secluded so they would remember they were foreigners. Hence the opening words of Sefer Shemos, “These are the names of the Children of Israel who were coming to Egypt.” They were continually “coming,” never becoming part of the Egyptian culture. 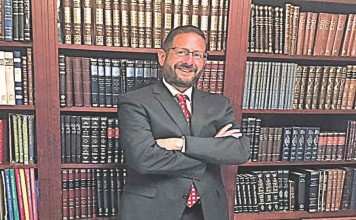 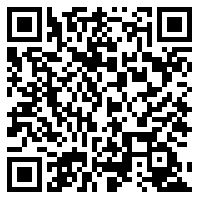