“When you count the Children of Israel…each man shall give Hashem an atonement for his soul…this shall they give…a half shekel…” (Shemos 30:12-13).

Hashem commands Moshe Rabbeinu to count the Jewish nation by means of the half-shekel coin that every Jew above 20 contributed to the Beis HaMikdash. The Talmud Yerushalmi (Shekalim) states that this half shekel atoned for the Sin of the Golden Calf.


The Kli Yakar asks: What’s the connection between giving a machatzis hashekel and the sin of the Golden Calf? Furthermore, why are the singular and plural tenses used interchangeably in the two pesukim quoted above?

The Kli Yakar explains that Hashem’s abundant mercy was aroused by the many Jews involved in the Sin of the Golden Calf. Indeed, the large number was the sole reason Hashem forgave their sin. He responded in a similar manner hundreds of years later to the situation in Ninveh. “Should I not take pity upon Ninveh, the great city, in which there are more than 120,000 people?” Hashem asked Yonah (Yonah 4:11).

The Sefer Hi Sichasi explains that atonement for the Sin of the Golden Calf was granted to Klal Yisroel as a whole. When Elisha asked the Isha HaShunamis if, in appreciation for her hospitality, he could present a request to the king on her behalf, she replied (II Melachim 4:13), “I dwell among my people.” In other words, she didn’t want to be singled out on her own merit; she preferred to be included among the public.

When a person excludes himself from the public, his merits and liabilities come under close scrutiny, and there is a danger that his deficits will outweigh his merits. Hence our Sages’ admonition: “Do not separate yourself from the community” (Pirkei Avos 2:4).

Being part of a community (a tzibbur) means shouldering responsibility for what happens within the community. Our sages tell us that only one-tenth of the Jewish nation actively participated in the Sin of the Golden Calf. The others were merely apathetic and chose not to protest what was happening. When Moshe called out, “Whoever is for Hashem, join me!” only Shevet Levi responded. Thus, all Bnei Yisrael bore responsibility for the aveirah.

For this reason, says the Kli Yakar, Hashem commanded each member of Klal Yisrael to contribute a half shekel to the census as an atonement for the Sin of the Golden Calf. Individual atonement is exacting and difficult since one’s individual merits and sins are scrutinized. As a group, atonement is more feasible.

The half shekel also taught future generations that each individual Jew is not complete until he is joined with another and a whole shekel is formed, creating an agudah achas – one group serving Hashem in unity.

The Alter of Navardok writes in the name of R’ Yisroel Salanter, the father of the mussar movement, that the merit of the multitudes is so great that if three chassidim from Rasyen (a group of people living in Lithuania who were unified) claimed they could fly, he would believe them. A unified group has special divine assistance (siyata d’shmaya) that protects and shields them. It facilitates their attainment of great spiritual heights that even tzaddikim who are removed from this world can’t reach.

Therefore, everyone must try to be part of a community in any way possible – to daven with a minyan, to be involved in communal activities, and to shoulder the burden of the klal. When a person is part of a community, he enjoys their blessings.

One week, his friend who davened in a different shul, asked if he could borrow his car. He reminded him that he was a Hatzalah member and said it was his turn that Shabbos to be on call but he didn’t have his car, which he needed to respond immediately to any call that came in.

The man agreed to lend him his car. It wouldn’t be so terrible if he walked the long distance on Shabbos for the good of the Jewish people. Deep down, though, he was dubious of his friend’s explanation.

As he approached his house that Friday night, the man was shocked to see his own car parked in the driveway. He knew his friend had picked it up before he left to shul before candle lighting. How could the car now be back in his driveway?

He opened his front door and encountered complete chaos. When he saw his Hatzalah friend come out of one of the children’s rooms, his heart began to beat wildly.

“What happened?” he asked shakily.

“Baruch Hashem, everything is under control now. Everything is good,” replied his Hatzalah friend.

His four-year-old son had been playing a game of marbles with his sister when one ended up in his mouth, and he began to choke. Luckily, the call for help was answered within two minutes because the Hatzalah member had his friend’s car, and a young life was saved. 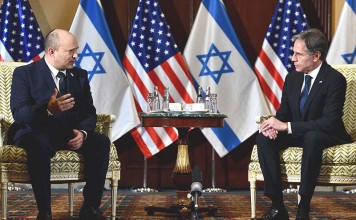 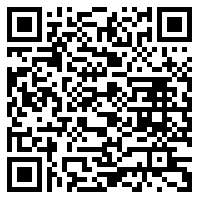