Join us each week as we journey across the United States and gather words of Torah from rabbanim representing each of the fifty states. This week we are pleased to feature divrei Torah from Rabbi Eliezer Zalmanov of Muster, Indiana.

A man was once traveling by foot in the Russian countryside in middle of winter. As he began to turn numb from the cold, a fellow Jew pulled up in a wagon and offered him a ride.

The driver was a whiskey merchant, and the wagon was transporting barrels to the next town for sale. Grateful for the reprieve from the bitter cold, the traveler climbed inside and tried to get comfortable amongst the barrels. However, he quickly realized that it was just as cold in the wagon as it was outside.

The irony did not escape him. “Here I sit,” he thought to himself, “surrounded by all this whiskey, yet I am shivering in my boots. If only some of the whiskey would go into me – even just one sip of it – I would warm up immediately.”

I often think of this story during the holiday of Sukkos. According to Kabbalah, fulfilling the mitzvah of sitting in the sukkah achieves extraordinary spiritual feats, akin to being encompassed by the sefirah of Binah. In fact, this is similar to every mitzvah we perform. In addition to the physical act of the mitzvah and its reward, there is a spiritual accomplishment every time we fulfill G-d’s will.

But if that is the case, why don’t we always feel it? For the most part, we don’t usually experience a great revelation from performing a mitzvah. Of course we know that just doing what G-d commanded us is an accomplishment. But wouldn’t it be nice to actually feel the holiness of the mitzvah?

So, on Sukkos we sit outdoors, sometimes in the cold, and wonder to ourselves, “I’m surrounded by this beautiful mitzvah of sukkah. But wouldn’t it be nice if some of it actually went inside of me?”

And the answer is yes! That is precisely the purpose of the sukkah. Don’t just sit there looking at the walls. Bring it inside you. Internalize it. Learn to appreciate the uniqueness of this holiday, what each part of the observance represents, and how it can make us better Jews.

Every mitzvah we do has a special characteristic. We can choose to let it stay external, and just let it surround us, or we can make part of who we are.

Using the above story as a metaphor, open the barrel, fill a shot glass of whiskey and warm yourself up. L’chaim!

There has been a Jewish community in Northwest Indiana for close to 100 years. Although quite smaller today than in the past, the community is still vibrant and Jewishly active. Due to significantly lower housing costs and taxes than neighboring Chicago, it is an affordable alternative for those looking for suburban Jewish life with a big city nearby.

State Motto: The crossroads of America 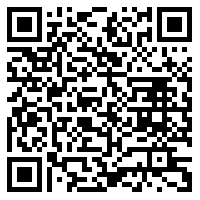