Greetings from the Holy City of Jerusalem!

This week’s Torah portion discusses the mitzvah of the Omer, which involves counting seven weeks from Passover until Shavuot. The Torah tells us that the Omer offering, which was brought to the Temple on the second day of Passover, must be “waved before God.” This waving is clearly an integral part of the mitzvah, but it is not explained. What is the significance of waving the Omer offering? How does this mitzvah connect to the seven-week Omer period in which we currently find ourselves?

We are taught that the Omer offering was composed of barley, which our Sages considered to be animal food. The bread offering on Shavuot, however, was composed of wheat – a more dignified grain, appropriate for human consumption. By looking at the composition of these two offerings, we can begin to understand the goal of the seven-week intermediate period between them. During this time between Passover and Shavuot, we have the opportunity to change from animals into people – to elevate our baser nature, which is driven by desires alone, and to channel its energy into the pursuit of a more meaningful, spiritually-oriented existence.

According to the commentator Netivot Shalom, this is the purpose of waving the Omer offering. Waving represents shaking off – in this case, shaking off layers of self-centered physicality and materialism in order to elevate our existence. We see a hint to this idea in the parsha itself (Leviticus 23:9-22), which mentions waving seven times. We could suggest that these seven mentions of waving correspond to the seven weeks between Passover and Shavuot. Each week we have the ability to shake off another layer.

What are these layers, exactly? All the physical aspects of this world were initially created in seven days. Each week of the Omer period thus “shakes off” one of these physical layers of Creation. As we progressively refine and elevate ourselves, we prepare ourselves to receive the Torah on Shavuot.

(Nachmanides actually sees the seven weeks of the Omer quite literally as seven days. He writes that the Omer period can be considered a Chol Ha’Moed [intermediate festival period] between Passover and Shavuot. Since we start counting toward Shavuot on the second day of Passover, the holidays are fundamentally connected. Thus, instead of the usual seven-day duration of a festival, the “festival” of time from Passover until Shavuot lasts seven weeks, with each week representing a day. And, says Nachmanides, just like the Chol Ha’Moed of Sukkot is capped by Shmini Atzeret, so too the “Chol Ha’Moed” of Passover is capped by Shavuot, referred to by the Torah as “Atzeret.”)

The Jewish zodiac signs also illustrate the goal of progressive transformation. The Omer period always falls out during the three months of Nisan, Iyar and Sivan. The sign for Nisan is a sheep, and the sign for Iyar is an ox. These first two months are represented by animals, corresponding to our more animalistic nature at the beginning of the Omer period and the lower level of the barley offering that is brought then.

The sign for Sivan, however, is twins – people! By working on ourselves throughout the seven weeks of the Omer, we can steadily progress, week by week, until we reach the level of people who are prepared to receive the Torah.

May we be blessed to transform ourselves not just weekly, but also daily, as we grow towards a more meaningful, purposeful, and spiritual existence. By the time we reach Shavuot, may we stand at the peak of our potential, in the service of God. 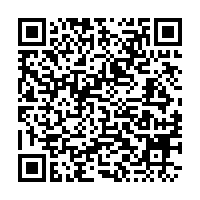