The 10-day period from Rosh Hashanah-Yom Kippur is, as is well known, a time to begin personal introspection – an occasion to look back at one’s mistakes of the past year and plan the needed changes to improve oneself in the New Year. In the U.S. it is also a time for Americans to make positive “resolutions.”


Jewish tradition teaches that during the High Holy Days the Almighty decides who will live and who will die during the coming year. As a result, Jews embark upon the serious task of examining their lives and repenting (doing teshuvah) for any wrongs they have committed during the previous year. Jews are encouraged to make amends with anyone they have wronged and to make plans for improving during the coming year. In this way, Rosh Hashanah is all about making peace in the community and striving to be a better person. Even though the theme of Rosh Hashanah is life and death, it is a holiday filled with hope for the New Year. Jews believe that the compassionate and just Almighty will accept their prayers for forgiveness.

Following the High Holy Days the Jewish people celebrate Sukkot and Shemini Atzeret-Simchat Torah, days celebrating life’s joys. These are one of the three biblically mandated festivals when the Jewish people were commanded to make a pilgrimage to the Temple in Jerusalem. Our Sages teach us that during Sukkot, in the days of the Holy Temple, 70 bulls were offered to the Almighty in the name of the 70 nations of the world. This symbolizes the era of the Messiah, when there will be peace on earth and Sukkot will become a universal festival. All nations will make annual pilgrimages to Jerusalem to celebrate the feast there.

This year, as the Jewish people and the entire world face dangerous and unpredictable challenges in the political, social, economic and security arenas, the universal symbols of these Days of Awe – followed by Sukkot – serve as our guidelines for the strength necessary to overcome all adversity.

As Jews our first task is to examine our own private and communal lives and make peace among ourselves – between religious, secular and traditional Jews; Sephardim and Ashkenazim; soldiers and Talmudic scholars; and immigrants from Russia and Ethiopia and other diverse segments of the Jewish society in Israel and in exile. In a parallel manner, we as Jews must make it clear to the international community that our values as a nation since biblical times have been based on the goal of achieving peace with other nations, as confirmed in the Sukkot ritual of our offerings to the Almighty in the name of the nations of the world.

The Knesset Caucus for Israel and Global Ethics that I have established has been active for the past six years to reach this goal. We have been promoting the message of introspection and peace among the diverse segments of Jewish society. On a global level, we are creating international coalitions to achieve peace in the Middle East based on the universal values of the “culture of peace.” Our initiative, Track III Diplomacy, calls for the inclusion of religious leaders, parliamentarians and academics to fill the Middle East peace process gap. The old premise of “land for peace,” which has been the basis for the Mideast peace process for the past few decades, has failed. The Levi Commission report that determined that Judea and Samaria are not “occupied territories” supports our initiative. It is time for a new framework, based on the universally accepted values of a true “culture of peace” and the right of Jews to live in their indigenous homeland, to become the basis for the peace process. 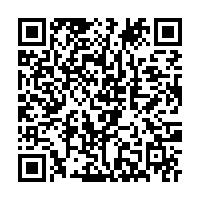