“…you shall make known to them the path in which they should go and the deeds that they should do” (Shemos 18:20).

The Talmud (Bava Metzia 30b) states that “they should do” refers to acting beyond the letter of the law. Doing so is not an enhancement of a mitzvah; it’s a mitzvah itself. Thus, it is unwise to say, “By law, I’m really exempt” because often a person is judged by his willingness to accede to another person even if he’s not obligated to do so by law.


A Jew cannot live for himself. The Michtav M’Eliyahu writes that our sole mission in this world is to constantly do kindnesses for our spouse, our children, our family, our friends, and those in our environment. The world couldn’t exist if a person only did what he’s obligated to do; he must extend himself beyond the letter of the law.

Man is different than an animal because he possesses an inherent trait to give. From the moment he’s born, he’s on the receiving end of the giving, but as he grows older, he learns to be a giver as well.

Yet, he remains connected to his family, unlike the offspring of animals. Although the mother bird guards her eggs and sits on them until they hatch, when the fledglings are ready to fly, she sends them on their way and doesn’t share her food with them. Man, on the other hand, forever maintains an emotional relationship with his family, even after he has matured and becomes independent.

We say in Tehillim (23:6), “May only goodness and kindness pursue me all the days of my life.” Our sages expound on this verse that the foundation of the Jewish nation is chesed, so we request to be granted opportunities to do charity and kindness.

Many occasions to perform a chesed to our fellow man present themselves to us nowadays. I have at times been called about a child who has not been accepted into any school. Often, a few months into the school year have already passed, but the parents still can’t find a yeshiva or Bais Yaakov school willing to admit their child.

The parents are ill-equipped to handle the problem, and panic sets in – regardless of whether it’s a young child just entering school, an adolescent seeking entrance into a high school, or an even older child seeking admission into a seminary or beis medrash.

We are taught (Yeshayah 54:13), “All your children will be students of Hashem” – that is, every Jewish child is entitled to an education. Thus, all children, regardless of their background or academic ability, should be admitted into school, provided of course that they are willing to follow the school’s guidelines. No child or family can be judged. To do so would be contrary to the axiom (Avos 4:10), “None judges alone except one [Hashem].”

Every child is a diamond in the rough that needs to be polished, and each child has the potential of becoming great. There are many stories of tzaddikim and righteous women who experienced setbacks when they were young.

It is our responsibility, and a chesed that has major ramifications, to intervene and advocate for these children to make sure they aren’t denied the opportunity of a good Jewish education.

Rav Chaim Kreiswirth of Antwerp was known as a preeminent baal chesed who willingly helped anyone in need. He was once approached by the parents of a young boy who hadn’t been admitted to one of the institutions in Europe. He was a weak student and the parents couldn’t afford to provide tutoring that could possibly raise his grades.

Rav Kreiswirth immediately tried to intercede on the boy’s behalf. He prayed, he offered to help the school raise the necessary funds, and he fought valiantly on behalf of the child. But to no avail. Rav Kreiswirth was quite upset and uncharacteristically told the administration that if they came to Antwerp to collect money for their institution, he wouldn’t grant them access to his constituents.

Rav Kreiswirth then contacted a different yeshiva and offered to undertake its funding responsibilities and provide a specially-trained tutor to assist the student. The administration didn’t have the audacity to refuse the rabbi’s request and accepted the young man.

Baruch Hashem, he advanced in his studies and eventually became one of the institution’s outstanding students. The school was glad to accept all his siblings as well. All the children grew up to be distinguished members of their community and respected bnei Torah.

When observers would notice the close relationship that Rav Kreiswirth enjoyed with the student, he would say, “This young man is my Gan Eden.” 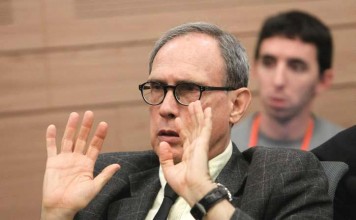