The Israeli Air Force (IAF) conducted several airstrikes against targets in Damascus and in the south of Syria on Wednesday night, Syrian state media reported.

The Syrian Army claims that its air defenses shot down “most” of the missiles.


The report quotes a military source who said that one of the attacks was launched from the direction of the Golan Heights with air-to-surface and surface-to-surface missiles against targets in the southern region.

The Syrian Observatory for Human Rights reported on strikes that occurred in the Quneitra area, adjacent to Israel’s border with Syria, in which an Israeli bombardment targeted Syrian military posts shared by Iranian-backed militias.

The strikes targeted several military positions, including farms where militias affiliated with the Lebanese Hezbollah terror organization and the “Syrian Resistance for the Liberation of the Golan” are located.

There are reports of destruction, but no casualties have been reported so far.

The IDF has remained silent on the reports, and it usually does.

The reported strikes on Damascus came after various sources reported on two Iranian cargo planes, linked to the Iranian Air Force and the Revolutionary Guards (IRGC), that arrived in Damascus in the morning and returned to Tehran a few hours later.

In addition, a Syrian Air Force transport plane flew from Tehran to Latakia.

Iran routinely attempts to arm the Lebanon-based Hezbollah with advanced weapons. Israel has exposed and thwarted multiple attempts by Iran to transfer game-changing weapons to Hezbollah, including by air shipments from Iran.

The Israeli strikes came hours after an IDF drone flying over Lebanon was fired at, apparently by the Hezbollah terror organization, a significant escalation of tensions in the area.

The IDF stated that anti-aircraft fire was launched at a remotely manned aircraft during a routine operation over Lebanese territory. The drone was not damaged and continued its mission, the IDF said. 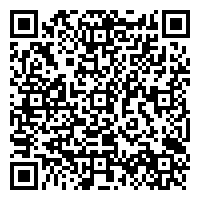