The text of Selichos, which Ashkenazi Jews start reciting this Motzei Shabbos, begins (after Ashrei) with a verse from Sefer Daniel (9:7), “You, G-d, have the righteousness (tzedakah) whereas we have the shamefacedness.”

The plain meaning of this verse is that G-d deals justly with all beings whereas we – because we have not always acted properly during the past year – have much to be embarrassed about. But, if so, why does the word “tzedakah” appear in this verse instead of the more seemingly appropriate “tzedek”?


“Tzedek” means righteousness – giving something to someone because he has earned it; giving it to him is the right thing to do. “Tzedakah,” however, means charity – giving someone something as an act of pure kindness.

Since the word in the verse is “tzedakah,” which means both righteousness and charity, and not the more usual “tzedek,” it follows that not only are we praising G-d for His righteousness; we are also pleading with Him to deal with us charitably despite our lack of merit.

This argument has validity, but the reward we would receive for limited effort would derive from a low spiritual source, which would mean that it, too, would be limited. We Jews should strive for something far higher.

The Tzemach Tzedek reported that his grandfather, the Alter Rebbe, author of Tanya and Shulchan Aruch HaRav, often was heard declaring in the midst of intense deveikus, “‘Whom do I have in Heaven [other than You], and besides You I desire nothing’ [Tehillim 73:25]. I don’t want anything else! I don’t want your Gan Eden; I don’t want your World to Come! I want only You alone!”

Clearly this attitude comes from being on a most exalted spiritual level, which requires immense study, meditation, and preparation. Nevertheless, since this story has been shared with us by the Alter Rebbe’s great successors, who well understood the limitations of ordinary folk, something of this profound understanding and emotional sensation must be relatable even to us.

So we say to G-d, “You have the righteousness (tzedakah)” – because we want Him to grant us His bounty from the very highest spiritual level, from His very essence, so to speak. And we make ourselves worthy of receiving this bounty with the second part of the verse: “We have the shamefacedness.” We negate our self-centeredness and realize that whatever we receive from Above is pure tzedakah. We are not entitled to it.

The deeds of limited created beings in theory need have no necessary effect Above. But G-d, in His kindness, has endowed us with the power to have our requests for Divine charity be accepted. That’s why our Sages tell us that on Rosh Hashanah we should robe ourselves in pure white garments in the fully justified expectation that G-d will fulfill our requests for a good and sweet new year in both material and spiritual matters. 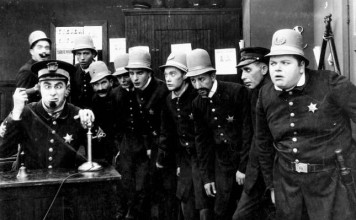 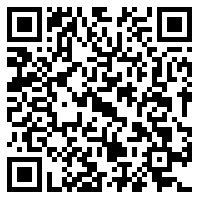