B’ha’alotecha is perhaps the most event- filled parashiyot in the entire Torah. For weeks, now, we’ve been preparing to set forth on our journey from Mt. Sinai through the desert to Eretz Yisrael, and now, we finally shove off! But there are so many last-minute details to attend to, so the first few passages of the parasha deal with taking care of all these final details. Then comes the famous “reversed nuns” – two backward nun letters floating apart from the Torah text, effectively bracketing words which, themselves, bracket our reading of the Torah each week on Shabbat morning in shul.

“And it was, when the Ark was lifted up, Moshe said, ‘Arise, Hashem, Your enemies are scattered, your foes flee before You!’ When it came to rest, he would say, ‘Return, Hashem, to the myriad families of Israel’”


This two-verse nun-enclosed passage constitutes, we are told in the Talmud, a complete “book” on its own, by its placement breaking up the book of B’midbar into two very different “halves”. So, with the setting forth of the Ark, we’re ready to go!

But where are we going, and how are we getting there? We know we’re headed to Eretz Yisrael, but this was before Waze. We need to know which direction to proceed, for how long, etc.

Hashem takes care of that matter for us. The pillar of cloud/fire simply lifted itself off the Ohel Mo’ed and headed off in the direction in which we were to march. This might happen at a moment’s notice, after having set up the enormous encampment only the day before, or it might happen after years in the same place. You’ve just got to be ready and responsive.

But, in addition to this imposing visual spectacle, there was another, audible way of knowing when it was time to strike camp and get a move on. Hashem commands Moshe, Ase lecha shtei chatzotzrot kesef - ”Make for yourself two trumpets of silver”. These would be used by Moshe either to gather the leaders or the entire camp, or to announce the breaking of camp.

Why do we need both Hashem and Moshe to inform us that we’re moving forward once again? Wouldn’t one method, presumably the divine one, be sufficient?

The Maggid of Mezritch, premier disciple of the Ba’al Shem Tov and heir to the leadership of the nascent Chassidic movement after his death, gives an astonishing teaching on this verse:

“Make yourself two hatzotzrot kesef (literally, trumpets of silver) – Explain this as “two half-forms (reading the word hatzi-tzurot). In line with, “and on the throne (kisei) the form in the image of a man upon it from above” (from the vision of Ezekiel, chapter 1). For man is merely dalet mem (last two letters of Adam (A-D-M), meaning “blood”), but the capacity of speech is imbued in him, and when he clings to the Holy One, praised be He, who is the Champion/Companion/Teacher ( Aleph) of the World, he becomes (but also can mean “we shall make”) man. How many contractions/dilutions, through how many worlds, did the Holy One, praised be He, make (for Himself) in order that He should be able to become oneness with man, who could not otherwise bear His effulgence. So a person needs to separate himself from corporeality, so much so, that he ascends through all those worlds and become oneness with the Holy One, praised be He, so that he effectively nullifies his (individuated) existence and then he is called “man”. Magid Devarav L’Ya’akov 24

The Maggid goes on to elaborate the idea, drawing upon even more kabbalistic ideas and images, and concludes, restating his core point with greater clarity:

Our image on the Divine throne, His image within us. Each of us, if it were possible to say such a thing, is only half a complete form. Hashem has chosen to enter this situation by choosing creation, we – by recognizing ourselves so created. Only through each other do we achieve completion, oneness. Hashem enters into the physical world, and we seal the complete form by reaching higher than we ever imagined possible into the beyond of our souls. Senses of seeing and hearing work in tandem, clouds and trumpets, each a partial expression, partial concealment, together they make for movement toward the Land of Inheritance and Complete Rest.

The ”reversed nuns” now turn back to face one another, embracing like the keruvim on the Aron Habrit, and we understand in the most profound way how the ultimate micro-book, a mere two verses, is the most complete book of all: Our setting forth becomes our coming to rest, and once upon a time…we live happily ever after. 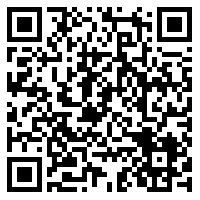