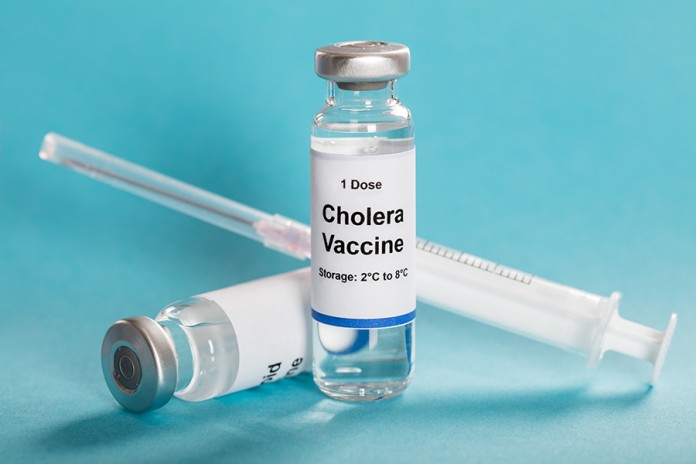 These are the journeys of the Children of Israel (Bamidbar 33:1).

R’ Menachem Mendel of Kotzk observes that the various journeys of the Jewish nation in the desert following their redemption from Mitzrayim hint at the struggles and suffering the Jewish people will undergo in the future until the Final Redemption.

The Tzror HaMor states that this is intended to enroot within us bitachon and emunah even in the face of great challenges, travails and tribulation. Hashem will give us strength to continue and ultimately deliver us from galus. Just as in Mitzrayim we were subjected to the harshest servitude, and Hashem took us out even though we were not worthy of redemption, so too we will be redeemed in the future through Mashiach ben Yosef and Mashiach ben Dovid.

Three times daily we pray to Hashem to hasten the redemption and to rebuild the Holy Temple. R’ Menachem Mendel of Rimanov cites the Talmud (Succah 52b) that there are four things that Hashem regrets creating: exile, the Kasdim, the Yishmaelim, and the Evil Inclination, as it says (Micha 4:6), “On that day I will assemble … whomever I have harmed,” because it is the entity of the Evil Inclination that led the Jewish nation to sin, thereby bringing about their exile.

The Talmud (Brachos 3a) recounts how R’ Yosi once entered the ruins of Yerushalayim in order to pray. The setting was particularly distressing, as it served as a powerful depiction of the prevailing galus, yet R’ Yosi fortified himself to recite his prayers with great happiness. This was an impressive gesture, and Hashem’s regret was once again passionately aroused. Upon his encounter with Eliyahu HaNavi, R’ Yosi related that he had heard a Heavenly Voice cooing like a dove and saying, “Woe that I have destroyed My House, burned My Temple, and exiled My children among the nations.”

The period of the Three Weeks is a time of judgment, and it often engenders a feeling of despair that makes it difficult to serve Hashem. We remember that we lost the protection of the Divine Providence and the Holy Temple was destroyed. Nevertheless, when we triumph over the Evil Inclination, and continue to fulfill the Torah and perform mitzvos, Hashem derives great pleasure and His regret is intensified. When we offer fervent heartfelt prayers to Hashem, lamenting our estrangement from Hashem without the Holy Temple, and beseech Him with deep longing and yearning for our redemption, we will inspire Hashem to redeem us speedily.

During the mid-1860s, a severe cholera epidemic raged through Yerushalayim and many lives were being lost. All the prayers and entreaties of the great sages of the city to annul the deadly decree were to no avail. All the inhabitants of the city raised their voices to Heaven but the Angel of Destruction did not set aside his sword.

When the great tzaddik and leader of his generation, R’ Zundel of Salant, succumbed in Cheshvan along with many other talmidei chachamim, R’ Meir Auerbach, the Rav of Kalish and author of the Imrei Binah, went to his mentor and teacher, the great R’ Refoel Yedidyah Aboulafia, rosh yeshiva Yeshivat HaMekubalim Beit El, to gain insight into the reason for this devastating scourge. The two sat all night praying, and at sunrise R’ Meir went to the mikvah and immersed 310 times in the cold water. They then went to pray vasikin (reciting the Shema moments before sunrise and then commencing Shemone Esrei exactly as the sun rises over the horizon – considered to be the ideal way to daven Shacharis) at the Bais HaMedrash Menachem Tzion. They spent the entire day wrapped in tallis and tefillin, without rest or food, steeped in Torah study and the service of Hashem.

In the evening, R’ Auerbach immersed in the mikvah again, and after the Maariv prayers he made a she’eilas chalom (a procedure of writing on parchment for one who wishes to ask a question of Hashem while he is sleeping). He recited the Krias Shema before retiring and went to sleep with the piece of parchment beneath his pillow.

It was midnight when R’ Meir awoke upon the revelation of black fire on top of white fire. When he saw the verse, “My beloved is like a gazelle or a young hart – Behold! He is standing behind our wall, looking through the windows, peering through the lattice” (Shir HaShirim 2:9), he fainted. When he was finally revived, he sat quietly trying to understand the explanation of the pasuk he had seen. He could not recall, though, any meforshim or commentaries that would apply to the community’s plight. He dressed and, in the dark of night, ran to the home of R’ Refoel Yedidyah, who was waiting for him by the door and greeted him enthusiastically.

R’ Refoel disclosed that at midnight he had heard a great noise, and a Heavenly Voice called out, “Who revealed the secret to My children?”

“I realized then,” said R’ Refoel, “that the reason for the decree and plague had, indeed, been revealed to you. We will now work together to bring salvation for our people.” R’ Refoel proceeded to explain that the pasuk referred to the Kosel HaMaaravi that longed for the rebuilding of the Holy Temple. He noted that the Jewish people cannot celebrate their joyous occasions unconditionally when the Holy Temple is in ruins. Yet, he observed, we bring bands and groups to play music at these events. “That is the reason why Hashem has allowed this plague to overwhelm us,” he concluded.

R’ Meir called together the heads of the Bais Din of Yerushalayim and told them about his dream. He then relayed to them the explanation that he had been given by the great R’ Refoel Yedidyah Aboulafia. A directive, accepted throughout Yerushalayim for all generations, was enacted by the Bais Din disallowing music to be played in Yerushalayim. Everyone gathered at the Kosel HaMaaravi and poured out their hearts to Hashem in prayer, and within a few days the epidemic came to an end.