It’s quite obvious, isn’t it? Sometimes the connection between the parsha and the haftarah is direct and clear.

The haftarah for Tazria-Metzora recants one of the only recorded stories we have which involves leprosy. The Navi (Melachim 2:7:3) describes four lepers who were dwelling outside of the city as a result of tzara’as. Rashi explains they did this to fulfill the requirement that a leper should be alone and stay outside of the camp, as is mentioned in our parsha (Vayikra 13:46).


Rav Akiva Eiger asks the following question: Why were these lepers sent outside the city if this halacha only applies if the leper dwells in walled city which was walled at the time of Yehoshua Bin Nun. In our story, this is not the case – they lived in the Shomron.

Based on the Daas Zekeinim and other Rishonim (Vayikra 13:46), Rav Reuven Margoliyos answers very practically. He suggests that tzara’as is contagious and they wanted these lepers in quarantine. Chizkuni and Ibn Ezra (ibid. 13:45) write that due to the contagiousness, halacha demands that the leper cover his face up to and including his mouth, as the posuk says, “al safam yaateh, so that his bad and sickly breath would not cause damage to anyone.” There are many other sources that discuss the contagiousness, including the Ramban (Bereishis 19:17 and Vayikra 13:4), who goes so far as to suggest (Bereishis) that even thinking intensely about a contagious disease can cause harm. Rabbeinu Gershom (Baba Basra 20a) says that even a non-Jew leper should be sent outside a city due to the fear of contagion, not because of a halacha.

Rabbeinu Bachaye (beginning of Parshas Metzora) explains that one of the birds which is brought as an atonement for the leper is sent to the wilderness due to the fear of the disease spreading.

The four lepers were thus not halachically forbidden to come into the city; they were following common practice to leave so that others would not contract the disease. This explains why they consider returning to the city (Melachim 2:7:4) after witnessing the desolate and abandoned Arami army camp. If they were forbidden by halacha to enter the city they would not have done so, but since it was a common custom and not a pure obligation they considered it because of the uncertainty of their personal security. [The above sources were gleaned from Rav Eliyahu Wolf’s sefer on the haftaros.]

The Torah repeatedly mentions the word nega in discussing the laws of leprosy. Nega is simply translated as a disease or an affliction. But there is much profundity associated with this word and what is described by Chazal as its opposite, oneg.

Rav Gedalia Schorr cites the Sefer Yetzira which states that “there is nothing higher than oneg and nothing lower than nega.” The Zohar makes a related statement that one who nullifies the mitzvah of oneg Shabbos (to experience physical pleasure on Shabbos) transforms oneg into nega. The Sfas Emes understands intuitively that the reverse is true as well; one who fulfills the mitzvah of oneg Shabbos transforms nega into oneg.

The words oneg and nega have the same letters. The only difference is that the letter ayin appears at the beginning of the word oneg, and at the end of the word nega. What is the significance? Divrei Shaul provides a deep insight. The nega of leprosy comes as a result of one’s sins, especially that of lashon hara. The root characteristic of lashon hara is a person’s tendency to see others in a negative light, displaying an ayin ra, evil eye (not to be confused with the mystical concept of ayin hara, giving someone the “evil eye” of jealousy).

As Chazal tell us in Pirkei Avos (5:22), one of the three traits to qualify as a student of Bilaam is to possess an ayin ra. This negative attribute means that one is constantly looking to complain, criticize, and focus on others’ faults. Having an evil eye means that one has low tolerance for others, and especially for their success. He is always putting people down.

Divrei Shaul explains that the goal of someone afflicted with tzara’as is to change the placement of the ayin – to stop being a nega person and become an oneg person. This is why the verse (Vayikra 13:55) states that someone remains infected with tzaraas if “eino” did not change. This literally translates as “the affliction has not changed its color.” However, in a deeper sense, it means the leper remains in his state until his eye is transformed from an evil, critical entity to a good and positive one.

What do all these declarations mean? Targum Onkelos translates the word nega as segiru, closed. Rav Schorr explains that when someone is afflicted with a nega, beyond the physical manifestations, he is in a state of being closed spiritually. He has not allowed the soul to enlighten and inspire him. On Shabbos, the soul is given more power to open up a person’s heart. When a person enjoys Shabbos, he can change his closed nega tendency into an open life of oneg.

As Lipa Schmeltzer says in a song from a few years ago, “Nega, nega, nega-tivity, is a nega, nega tzara’as.”

Let’s try to avoid negative and nega thought patterns about ourselves and others. 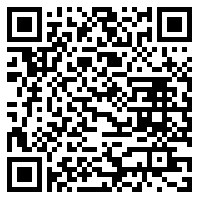