Hashem said these words after the unparalleled miracle of the splitting of the Reed Sea, following which the Jewish people traveled three days without finding water. When they finally did find water, it was bitter. Moshe prayed to Hashem, who showed him how to sweeten the water. Hashem then told the Jewish people, “If you will listen to Hashem…every sickness that I have placed upon the Egyptians I will not place upon you, for I am Hashem, your healer.”


Rashi explains these last words to mean: “If I do place [sickness upon you], it is as if it has not been placed [upon you].” The Rebbe explains: Although, optimally, no sickness will befall you, if your conduct is in some way deficient, leaving you open to sickness, the healing that comes directly from “I am G-d, your Healer” will uproot the sickness to the extent that it will be as if it had never occurred.

It follows that particularly in Iyar, Hashem supernaturally heals, removing sickness as if it never existed.

In Chumash, Iyar is called the “second month,” which calls to mind the first one: Nissan. Our Sages (Midrash Shmos Rabba 15:11) call Nissan “the month of redemption.” Its very name derives from “nes – miracle,” for the redemption of our people from Egypt during that month was replete with open, supernatural miracles. The supernatural healing of Iyar follows – and results from – the supernatural miracles of Nissan.

(The spiritual theme of each month serves as a preparation for that of the following month. That’s why the Shabbos Mevorchim blessing always takes place before the new month; it empowers us to serve Hashem with the special theme of the new month derived from that of the previous month.)

The introduction to Midrash Shmuel, an encyclopedic compendium of commentaries on Pirkei Avos, states that one of the reasons why Jews customarily read Pirkei Avot every week between Pesach and Shavuos is because our lower instincts become more naturally aroused during spring, and we need to counteract them with the ethical exhortations in Avos. In other words, Iyar – the height of spring – is when we especially need healing for our spiritual afflictions.

The redemption from Egypt was not only physical. It was also spiritual; we were redeemed from the lowest levels of spiritual impurity, the “49 shaarei tum’a.” The month of Nissan empowers us to liberate ourselves from alien domination, even from our own lower instincts. And this freedom enables us, in the following month of Iyar, to reach the highest level of healing, spiritually and physically, through “I am G-d, your Healer.”

May all who need a refuah shleimah be immediately healed so completely that it will be as if they were never ill. 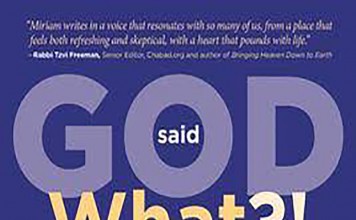