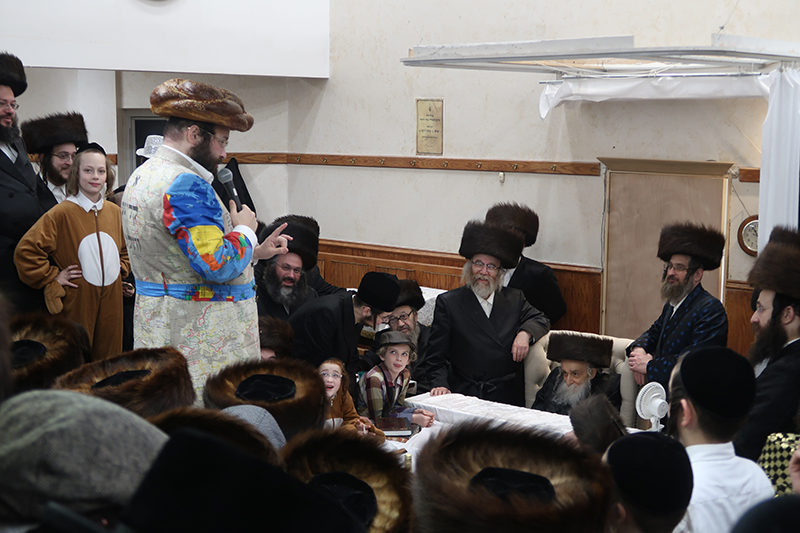 The Ramban explains that Sefer Shemos is dedicated to relating how we were able to achieve closeness with G-d on a national level. Sefer Vaykira is dedicated to the laws of the offerings brought in the Mishkan as well as the laws pertaining to the Kohanim. After the nation merited ‘Divine closeness’, they needed to have a way to maintain that lofty holiness. There had to be a system wherein they could achieve atonement and forgiveness for iniquity and sin.

The exodus from Egypt is considered the genesis of our nationhood. Until then we were an enslaved group lost in the morass of exile. But when we emerged triumphantly from the shackles of Egypt en route to receiving the Torah we underwent a drastic metamorphosis and became a nation. The exodus was the preparation for the new covenant we agreed to at Sinai when we received the Torah. All subsequent redemptions served to preserve that original covenant.

The Zohar relates that the Torah and Klal Yisroel are inextricably bound, reflecting each other in many ways. There are two levels of growth regarding proficiency in Torah study. One is to learn new concepts and ideas. The other is to review and strengthen within one’s self the ideas already learned, but somewhat forgotten over time.

The exodus from Egypt reflects the first level of growth, like one being exposed to new concepts and ideas in Torah. The salvation in the time of Purim however, is analogous to the second level of growth. Klal Yisroel re-accepted the Torah, the same Torah they accepted over a thousand years earlier at Sinai, now with a deeper and more significant understanding and attachment to the Torah. In this sense the celebration of Purim was not for something new but for something old that was renewed within them.

Based on this idea Rabbi Hutner explained that on Shavuos we received the Torah, which is analogous to light. On Purim however, we “discovered” new light in the Torah we had accepted previously. Therefore, Shavuos is a holiday of Torah which is light, while Purim is a holiday of light which refers to Torah.

The Gemara (Ta’anis 29a) states, “Meeshenichnas Adar Marbin b’Simcha, When Adar arrives, we increase our joy.”

There is a concept in halacha of “Ayn m’arvin simcha b’simcha – We do not mix two different sources of joy. When there is cause for celebration our complete focus should be on that celebration. For example, it is forbidden to get married during one of the major holidays. It is therefore intriguing that the Rema rules (Darchei Moshe 696) that it is permitted to get married on Purim. Why aren’t we afraid that the joy of the wedding will detract from the joy of Purim?

Rabbi Zev Hoberman in Zev Yitrof, Purim chelek 2 explains that the joy of Purim is not specific or exclusive. Rather, the focus of the day is to reach a state of sublime joy and devotion with G-d in any way one can. Purim celebrates the incredible story of the overturning of the decree calling for the annihilation of the Jewish people. Therefore, the holiday of Purim is the celebration of life itself! Any celebration that brings a person to feel that sublime level of rejoicing, like a wedding, would thus be permitted on Purim.

With this in mind we can understand the reason for our increased joy during the month of Adar. During the year our celebrations center around specific blessings in our life, such as our connection with Torah, specific blessing of G-d, a new house, or property, etc. All of those celebrations warrant the saying of the bracha “Shehechiyanu.” During Adar however, we celebrate the fact that we can celebrate.

It is analogous to someone involved in a serious accident, who was rushed to the hospital and not given much chance for survival. Yet after months of surgeries, painful therapy, and slow recuperation, he miraculously has a complete recovery. When he walks out of the hospital for the first time everything is exciting. His ability to walk, to hear the birds chirping, to smell the fresh air, and to see people hurrying to their daily affairs, all feels like an incredible gift. It’s a joy of life itself, in every breath he takes. At least during that first day, he appreciates and cherishes everything he always took for granted.

The joy of Adar does not warrant the recitation of Shehechiyanu, because the joy of Adar is the blessing itself. It is a month-long celebration that He has, “kept us alive, sustained us, and allowed us to reach this time.” When Adar arrives, we have an added awareness of the gift of life and that breeds a resurgent feeling of joy.

Our foremost nemesis, the nation of Amalek, attacked us soon after we had left Egypt. At that time, we had achieved an almost invincible persona. After all the miracles Klal Yisroel had been privy to, no nation dared to attack or even threaten us. We were on a spiritually high level and felt extremely close to G-d as we prepared to accept the Torah. Just then Amalek attacked. Despite the fact that they were vanquished, their mere attack had a profoundly negative impact. Our cloud of invincibility was gone and we ourselves felt weakened.

“Remember what Amalek did to you on the way when you left Egypt. Asher karcha baderech – He cut you off along the way…” The commentaries explain that the word karcha also means cooled. Our war with Amalek is eternal, and we are obligated to never forget what they did, for they cooled our enthusiasm, and quelled our passion. The nation which was so confident and proud, suddenly doubted itself and its greatness. Amalek may have been defeated but they had achieved their objective. They had weakened our resolve and confidence.

Amalek sought to ensure that we would indeed be unable to preserve our greatness. But Purim is the celebration of our vanquishing Amalek by maintaining our greatness and appreciating it day in and day out.