Prefacing his writings, the author beseeches people to study his writings and promises that they will be granted family, life, wealth and honor in that merit. The anecdotal evidence of simchas and yeshuos that people have been experiencing is indeed remarkable, just as the author affirms. The significance of the merit accrued in learning these works has garnered much enthusiasm and interest, creating a worldwide revolution. Today, the sefarim of the Zera Shimshon are studied on every continent, with shiurim given in multiple languages on numerous media platforms.


In response to public demand, I have been giving a daily shiur for the last two years. Each day at 4:00 PM EST a conference call to over 1,000 participants is initiated, creating a daily unparalleled united learning experience with like-minded individuals dedicated to delving into the secrets of the Zera Shimshon.

In observance of his yahrtzeit, 6 Elul, we have dedicated the following dvar Torah from his writings.

We read (Devarim 16:18), “… and they shall judge the people with righteous judgment.” The Zera Shimshon asks: Why does the Torah need to state that “the people” will be judged. Who else is presenting before the judges?

The Zera Shimshon cites a narrative in the Talmud (Bava Metzia 39b). An individual once appeared at the door of the wealthy Mari bar Isak claiming to be his brother and demanding that he share with him the property he had inherited from their father. Mari said he did not know him.

The case was brought before Rav Chisda, who stated that it was indeed possible for one not to recognize his brother, as was the case with Yosef when his brothers did not recognize him because he had grown a beard during the time he had been away. Mari’s father had in fact relocated to Bei Chozai in the past, where he remarried and had a son with his new wife. It was only now, after the passing of Mari’s father, that the son from the second marriage came to Mari to claim his share of the inheritance.

Rav Chisda directed the claimant to bring witnesses to prove his identity. The man said he had witnesses but they were afraid to come forward because Mari bar Isak was known to be a violent person. Rav Chisda then instructed that in such instances, where the opposing party was known to be violent, the burden of proof was now upon Mari bar Isak to bring witnesses who could say that this was not, in fact, his brother.

The Shulchan Aruch Choshen Mishpat rules that this is so only when it is well known that the person is a violent individual. Otherwise, anyone could attempt to use this as a pretext in beis din.

The Zera Shimshon explains that when the Torah uses the word am, the people, it often refers to contentious and belligerent individuals. For instance, when the Jewish Nation were in the midbar and complained that they wanted meat, they are called ha-am, the people” (Bamidbar 11:1). Here too, he says, the Torah is alluding to a situation where the litigants are difficult, and in order to render an honest judgment it will be necessary to enact the provision of our Sages which allows for the burden of proof to be transferred to the defendant, instead of resting on the claimant.

The Zera Shimshon adds another interesting ruling cited there. If the judge has reason to suspect that he does not have all the important details pertinent to the case because the claimant is not being completely forthright, he should remove himself from the case so that the deceit will not be perpetrated.

Once, two people appeared before the beis din of R’ Yaakov of Lissa, the Baal HaNesivos. The defendant claimed he had found a golden dinar lying in the street and had picked it up. The plaintiff insisted that the dinar had fallen out of his pocket a minute earlier and that the coin was his because he had not despaired of finding the coin.

R’ Yaakov intuited that the plaintiff was a swindler. In order to establish the truth, R’ Yaakov instructed the plaintiff to leave the room for a few minutes. He then asked the defendant to show him the coin.

Aware that the plaintiff had his ear against the door to hear the proceedings, R’ Yaakov loudly proclaimed, “I see that the coin has the unique distinguishing mark of a small hole above the first letter. If the plaintiff will be able to identify the coin, then the dinar belongs to him.”

R’ Yaakov then told his gabbai to call the plaintiff back into the room. R’ Yaakov then asked the man, “Can you identify the coin with any special characteristic?”

“Definitely,” the plaintiff responded. “If you look at the coin, Rabbi, you will coin, find a small hole by the first letter.”

R’ Yaakov opened his hand and showed the plaintiff the coin, noting with a smile, “You will see that the coin doesn’t have any hole at all. You had better search for your coin that you probably lost somewhere else.” 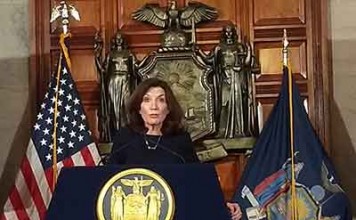 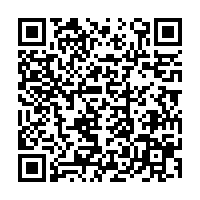